Scientists have been carrying out research on animal pheromones for several decades now. The discoveries have clarified the role of these substances in the processes of sexual attraction and, in some cases, led to practical agricultural and industrial applications. With respect to human beings, the matter is more complex. The degree to which pheromones influence courtship or purely chemical attraction has yet to be elucidated. What has been determined with certainty is that our body produces pheromones in specific areas (armpits, around the nose and in the pubic area) and that we possess receptors, which are able to detect them.

DIOMONA is a fantastic name that was inspired by the character of Casanova in Fellini’s eponymous film (1977).
It is a sofa that has been saturated with pheromones (both feminine and masculine), and offers the viewer the opportunity to experiment personally with the effectiveness of these active principles. As s/he sits on the sofa, the pheromones contained in the piece of furniture are transferred to her/his clothes, where they remain active for several weeks. The viewer is thus charged with a potential force of attraction that works at a chemical level, making her/him able to arouse sexual fantasies and desires.

The pheromone solutions were produced by Dr. Michele Dell’Ambrogio at the department of Biochemistry of the ETH in Zurich. Italian designer Carlo Forcolini expressly created the sofa. 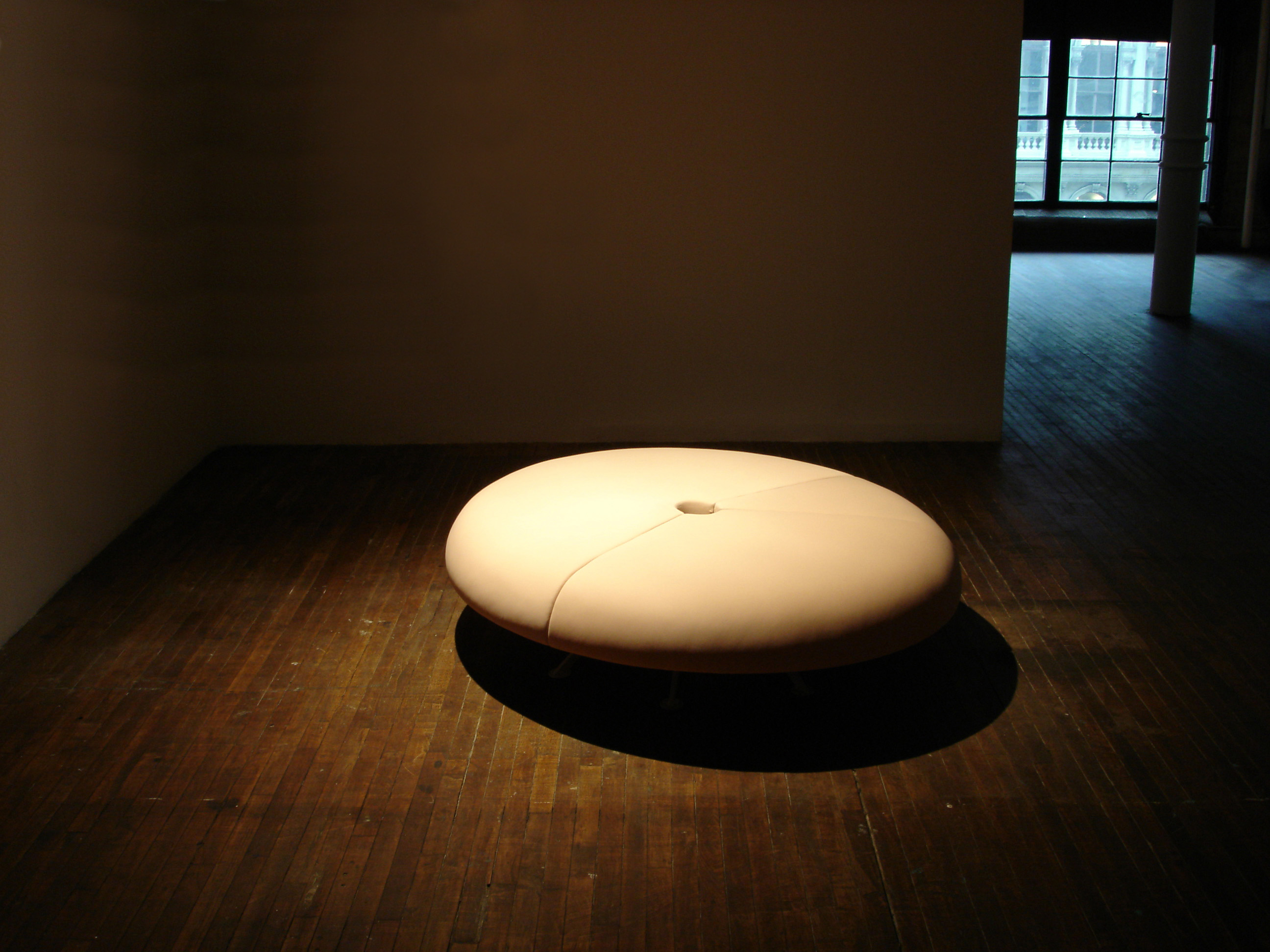 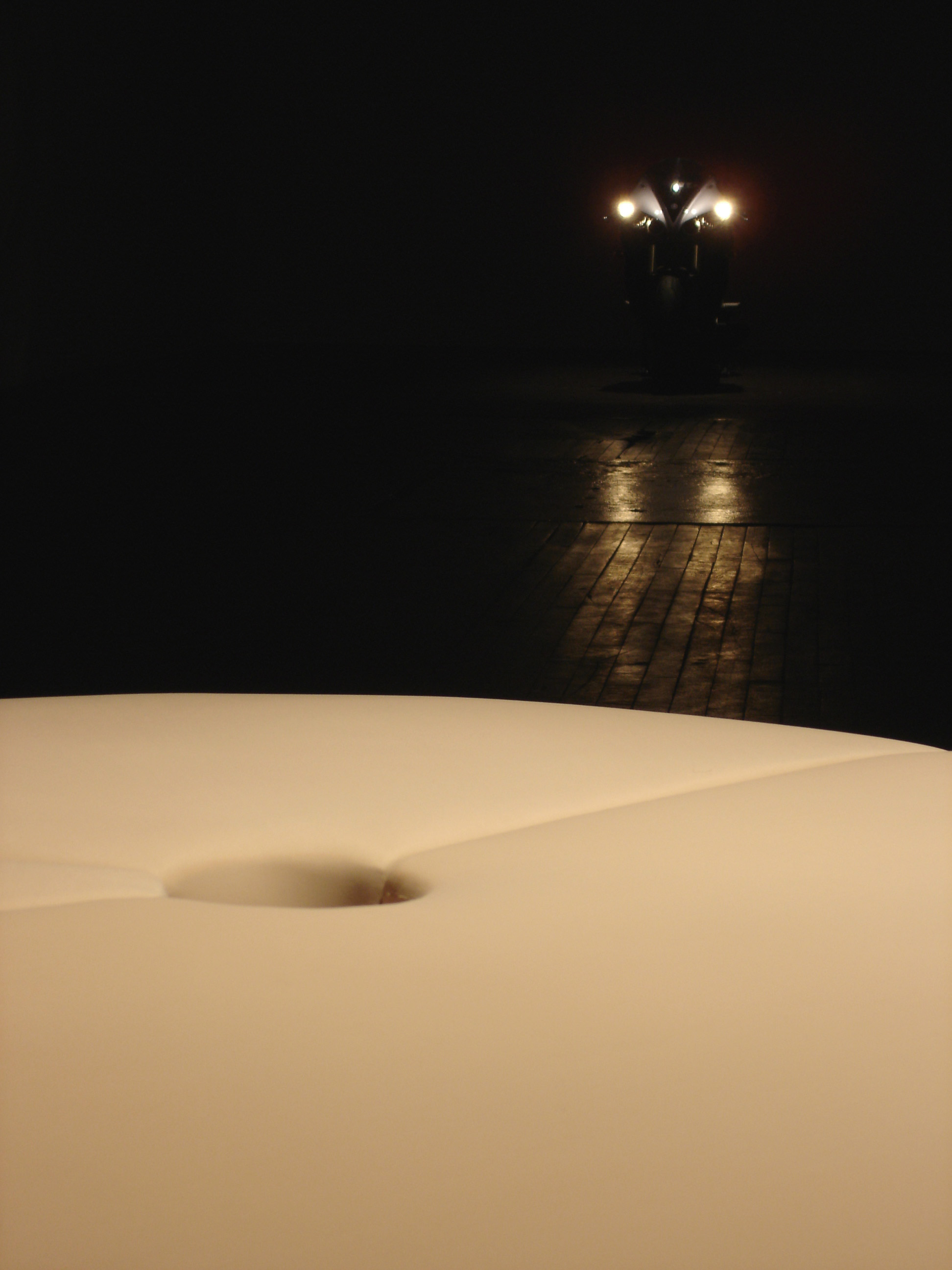 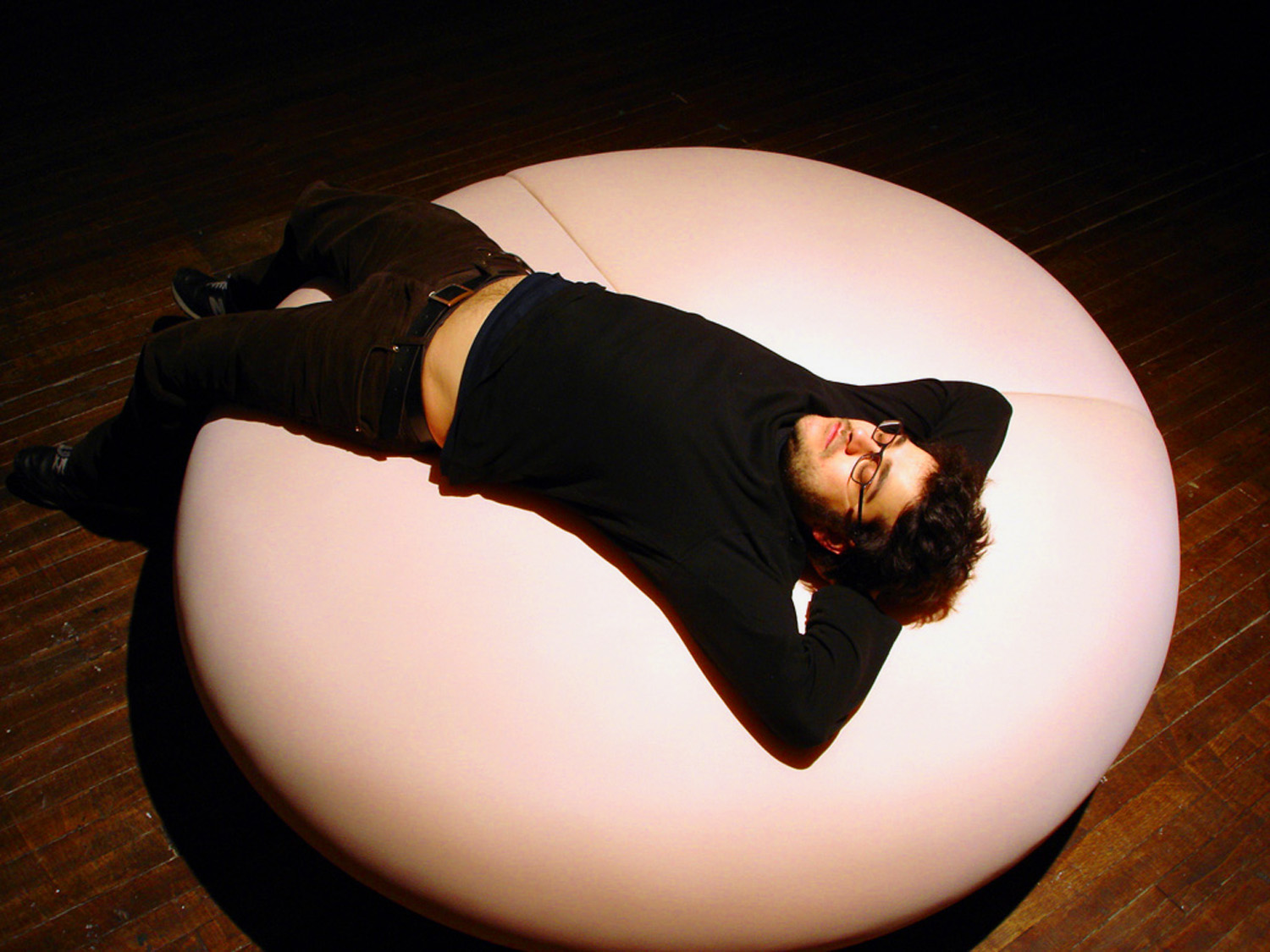 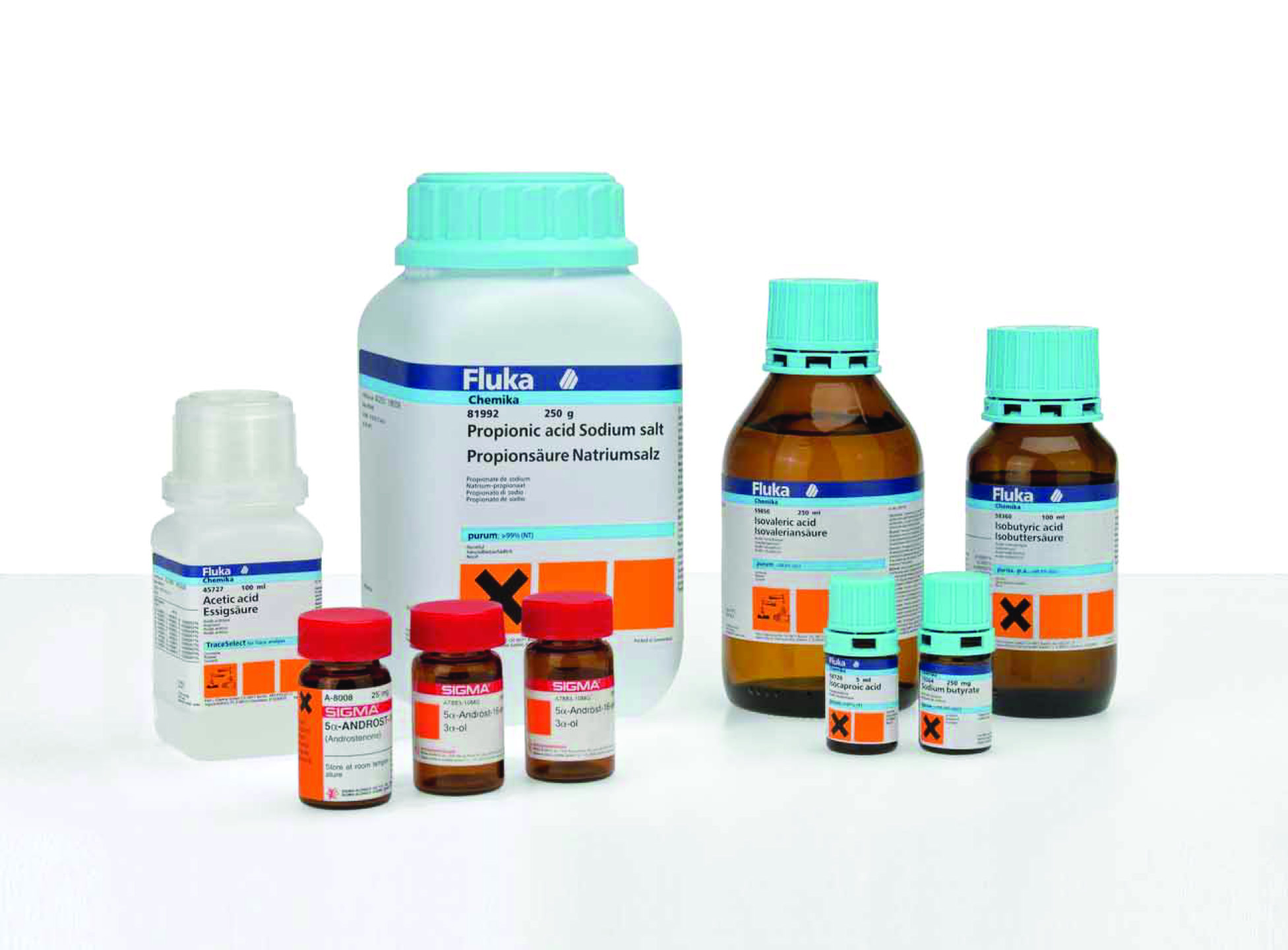