An Eye For an Eye,a Tooth For a Tooth
The work consists of a square meter of clover meadow from which, with a performative action, all the clovers have been cut leaving intact the only four-leaf clover present. The square of clovers was picked up at the countryside choosing a portion of lawn that contained one four leaves clover.
The title refers to the Bible passage (Leviticus 24, 19-20) from which the so-called “taglione law” originates: historically the first form of proportional punishment to the offense received by the victim and to mirror it. In this event the specularity reveals its typical paradoxical overturning of reality under the form of revenge against the clovers by the four-leaf clover. This symbol of fortune, in fact, because of its rarity and the diversity that characterizes it, once identified, it is regularly caught leaving intact the conformal mass of the clovers.
The good luck associated with the exceptional nature of the four-leaf clover, in this case reveals itself as a source of disgrace and holocaust for what falls under the rules of normality. 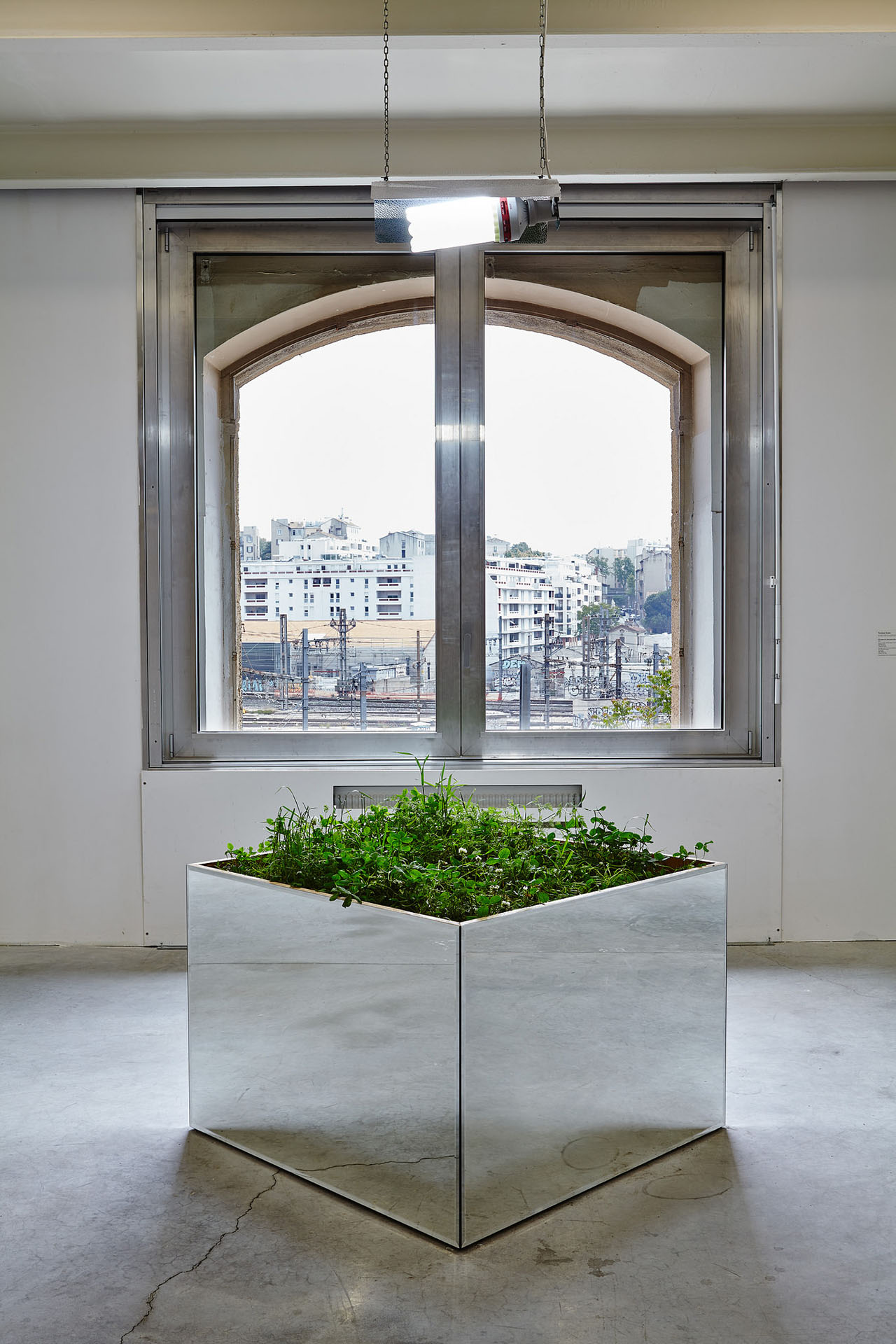