This public installation is part of a new series dedicated to the “party/festival”. Since the first anthropological studies it has become clear how the festivals, more or less ritualized, play a fundamental role in the dynamics of every society. The festival accompanies every change relevant to a community, and constitutes the moment of chaotic disruption in which the vital energies are released outside the ordinary rules. In this sense, the festival is the premise for every renewal of collective rituals and helps redefine the new rules and new customs. Blow Up is the irruption of the party in the institutional and monumental heart of the city of Bergamo.

Curator Paola Tognon (Contemporary Locus) invited me to think of a project for the telephone booth in use for decades by taxi drivers in the city but now abandoned and in decline due to the new technologies that made it superfluous. The booth is located in the monumental area of ​​the city center between the opera house and the town hall, where, from the end of the 18th century, the carriages awaited the public at the exit of the theater.

The Donizetti Theater is currently closed and undergoing restoration and this aspect has convinced me of the need to bring the attention of the population to a vital and festive use of the center according to criteria outside the conventional rules by the habit of considering it a “dead” area after the closure of the shops.

Thanks to an agreement with the association of taxi drivers I installed a minimal disco lighting system inside the cabin, with a sensor that automatically adjusts the switching on and off at the onset of darkness and the following dawn. A QR code present on the site allows you to connect to a live streaming of dance music and therefore to improvise silent parties in the public space. In addition, to taxi drivers active during the night was given a small sphere that turns the interior of the vehicle into a small disco club with colored lights that light up at music rhythm. In this way the city at night had an epicenter of the party (the telephone booth) and the festive and colorful satellites that roamed the streets of downtown. 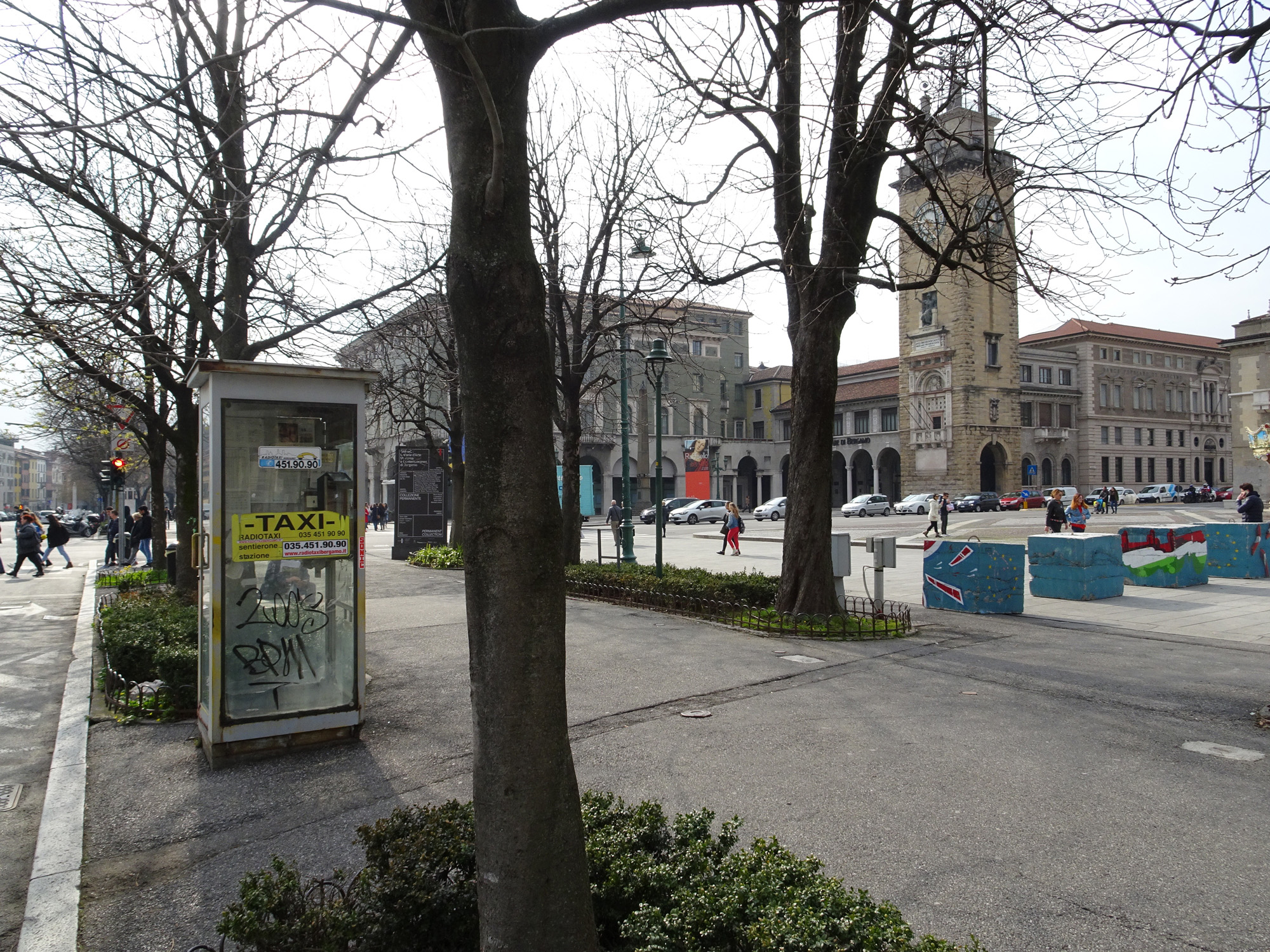 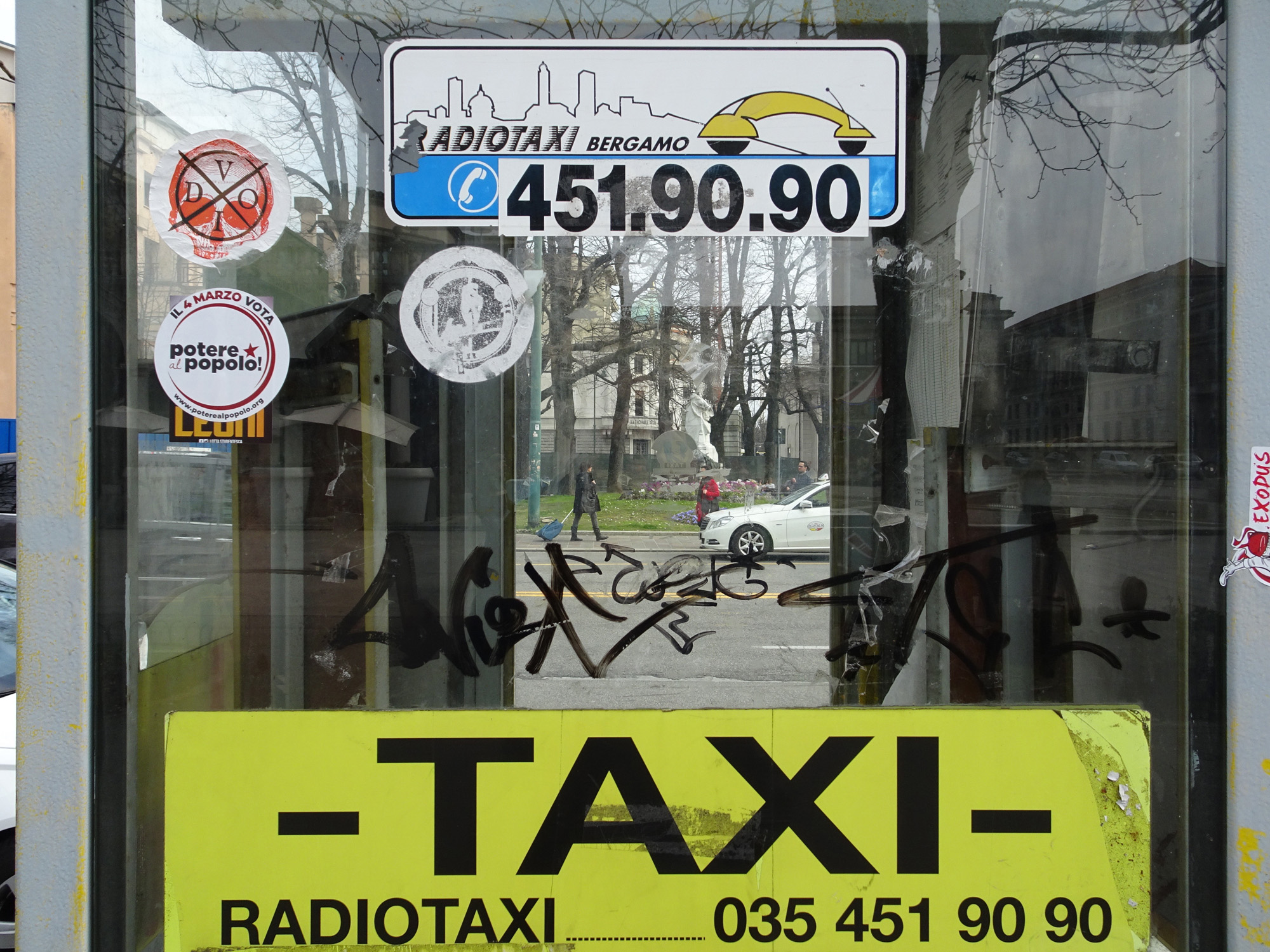 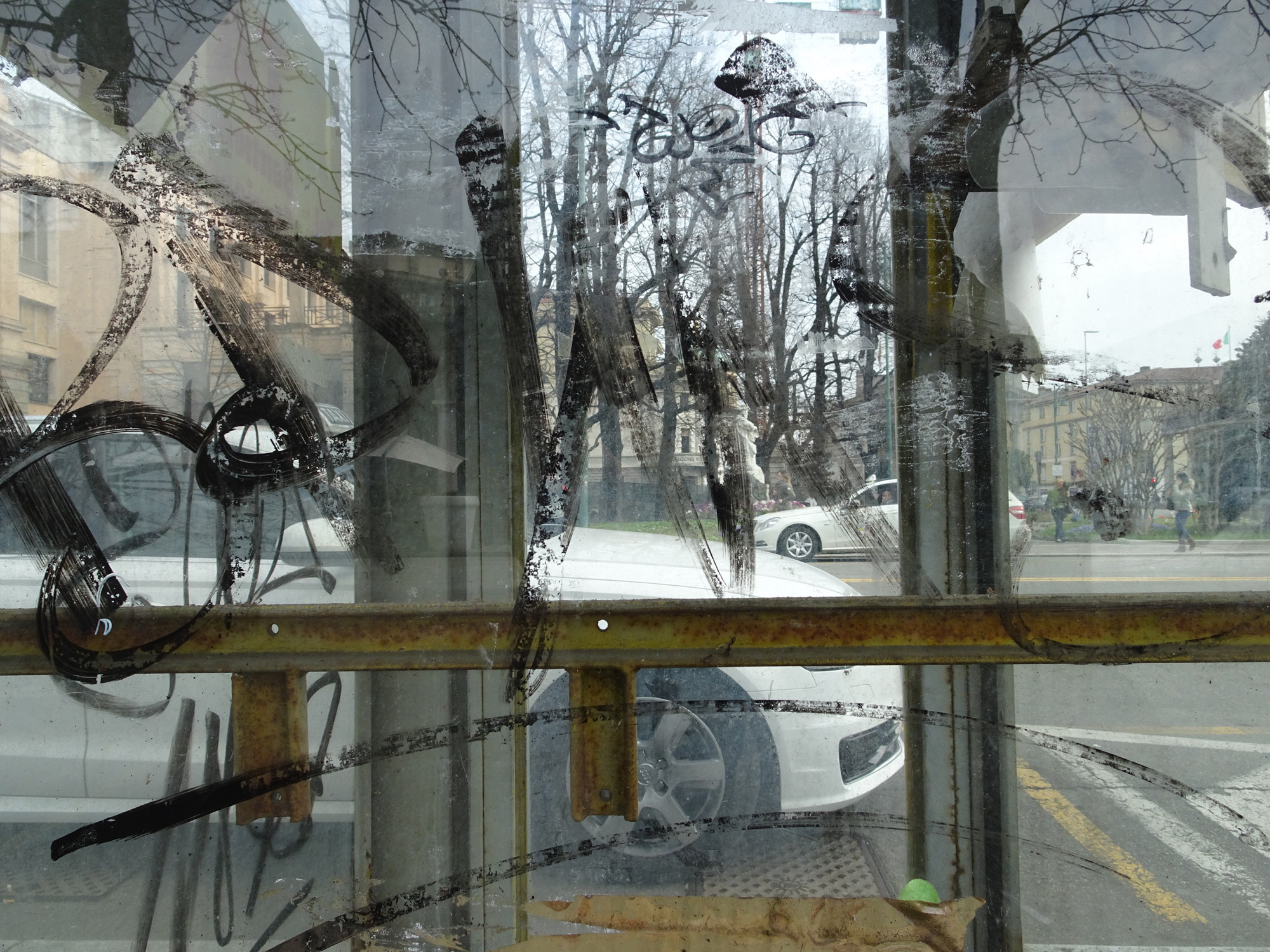 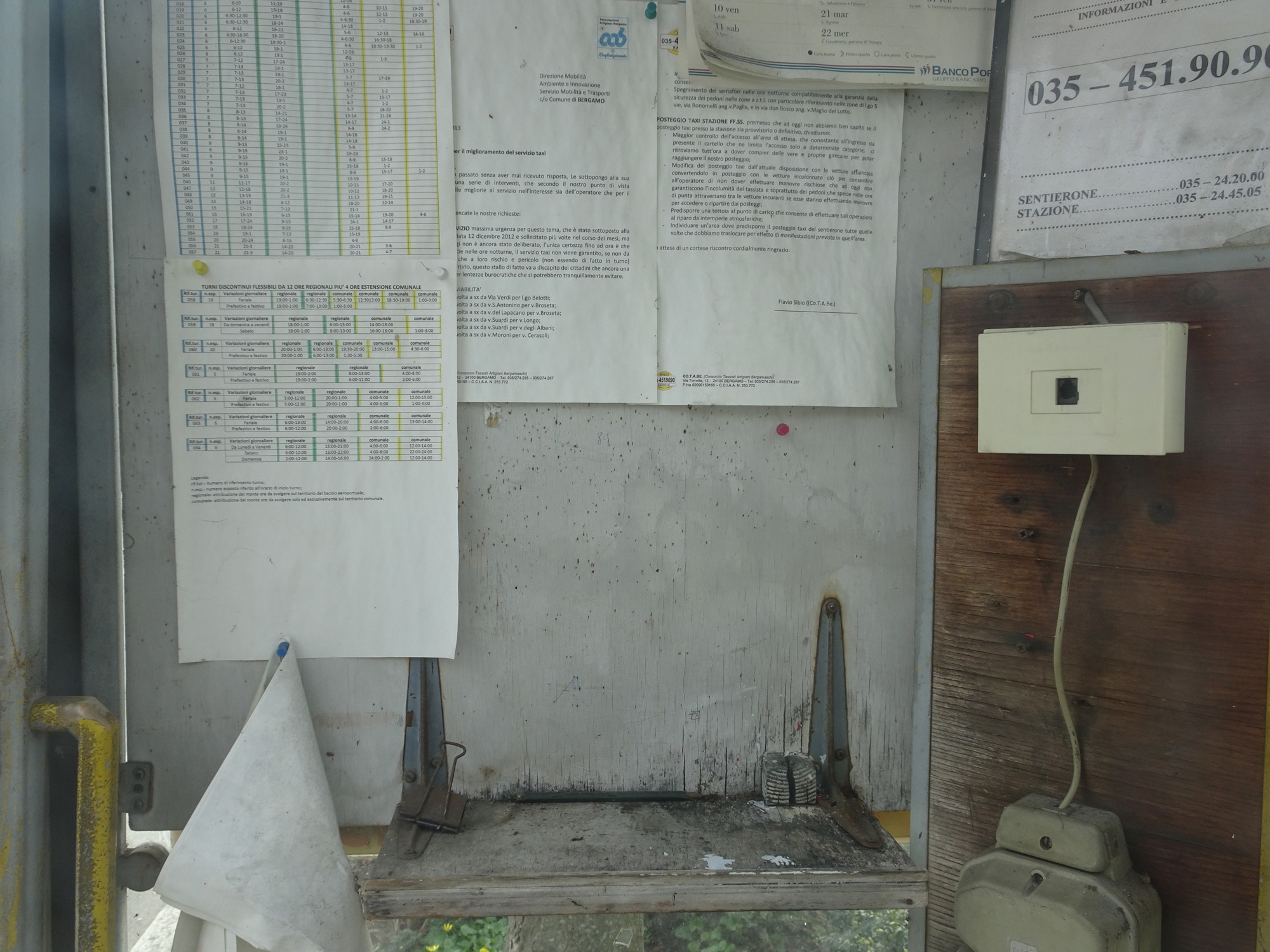 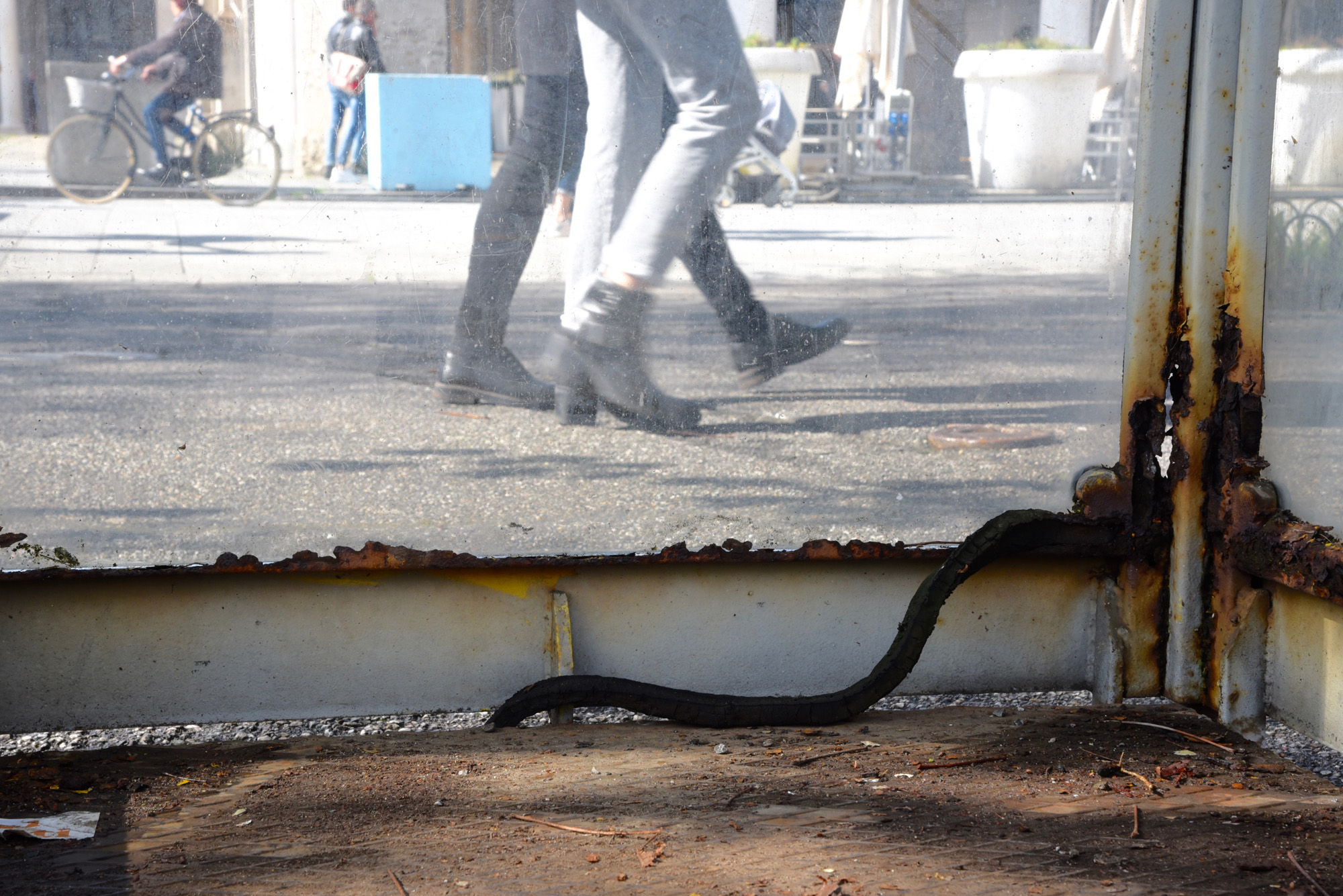 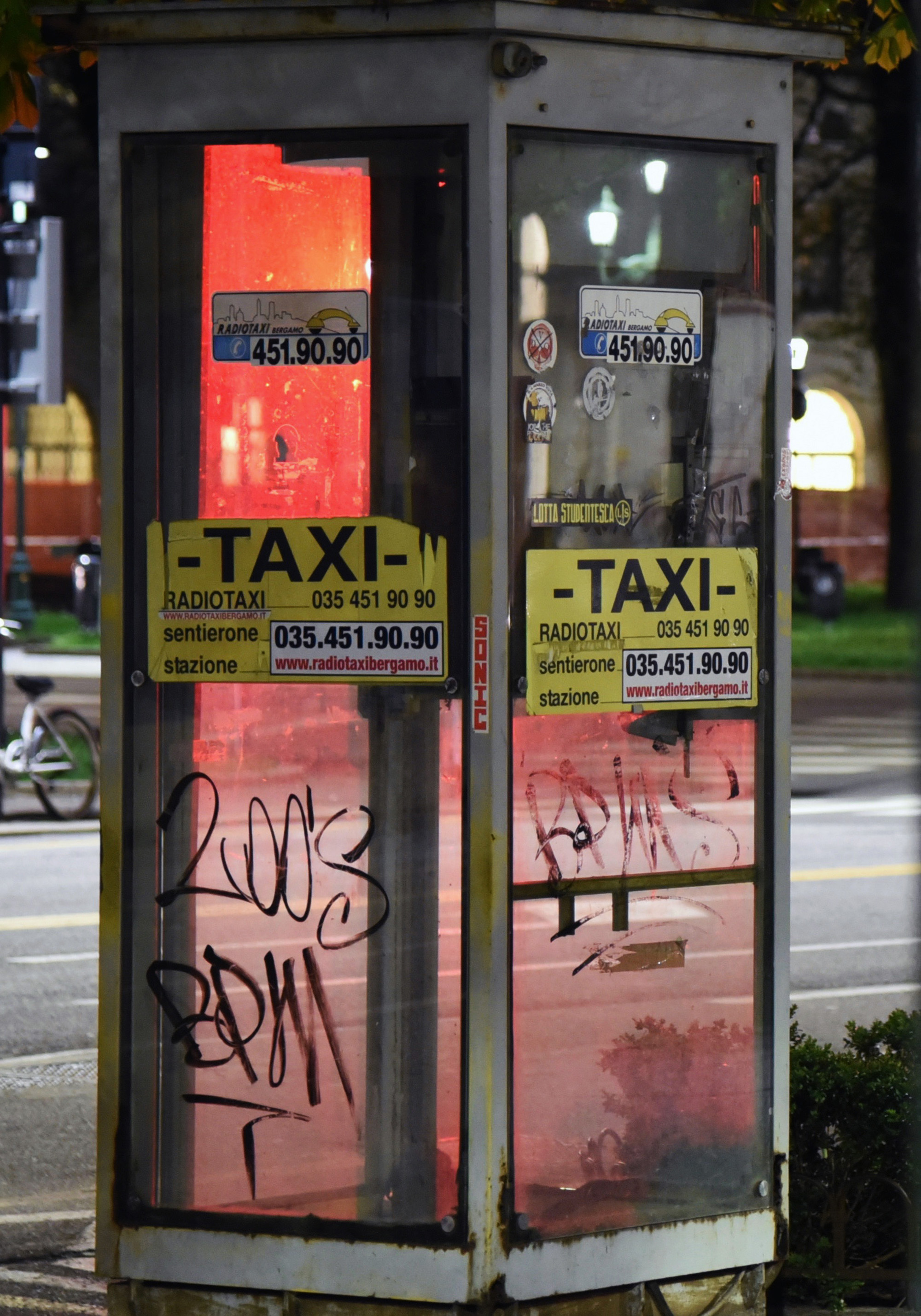 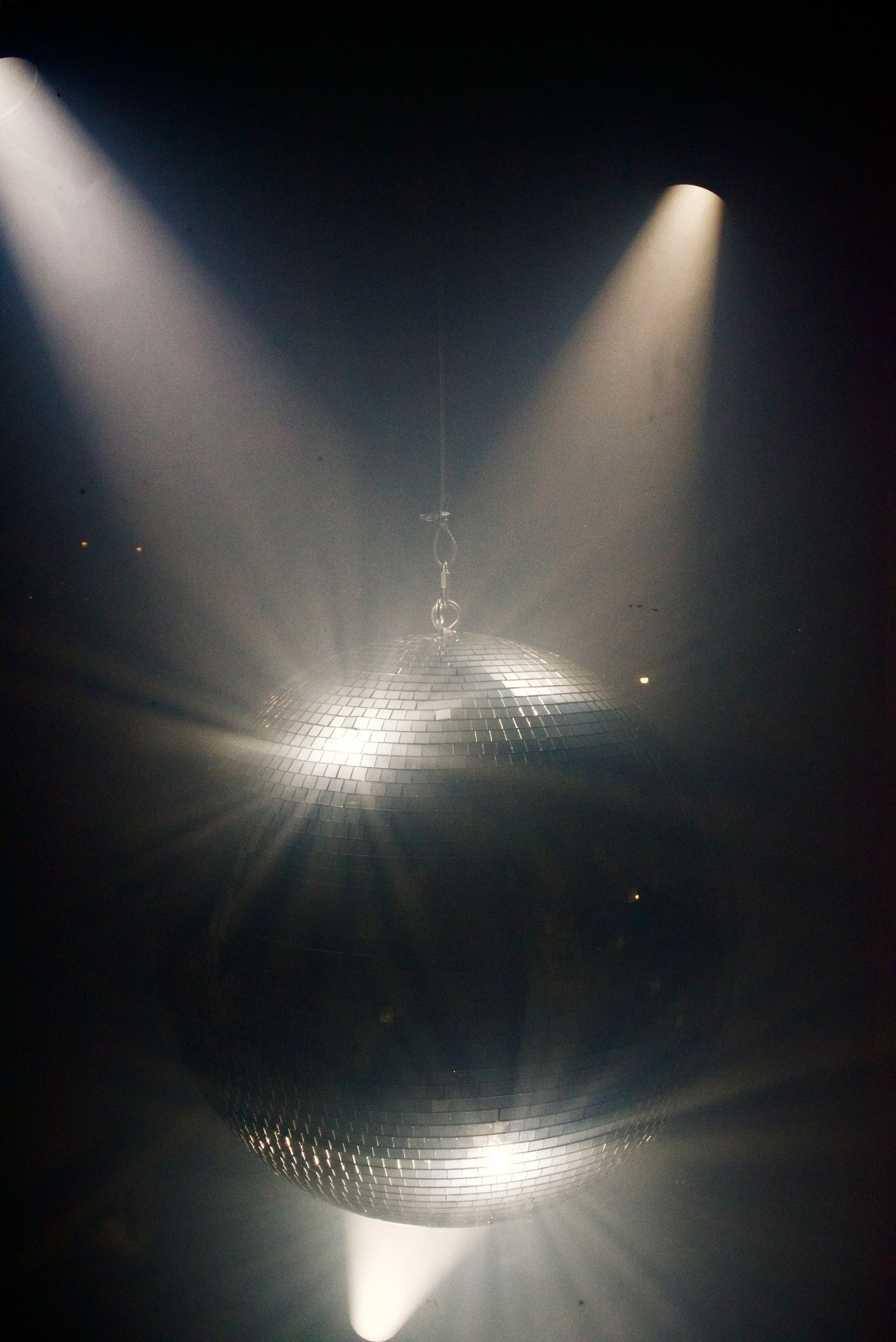 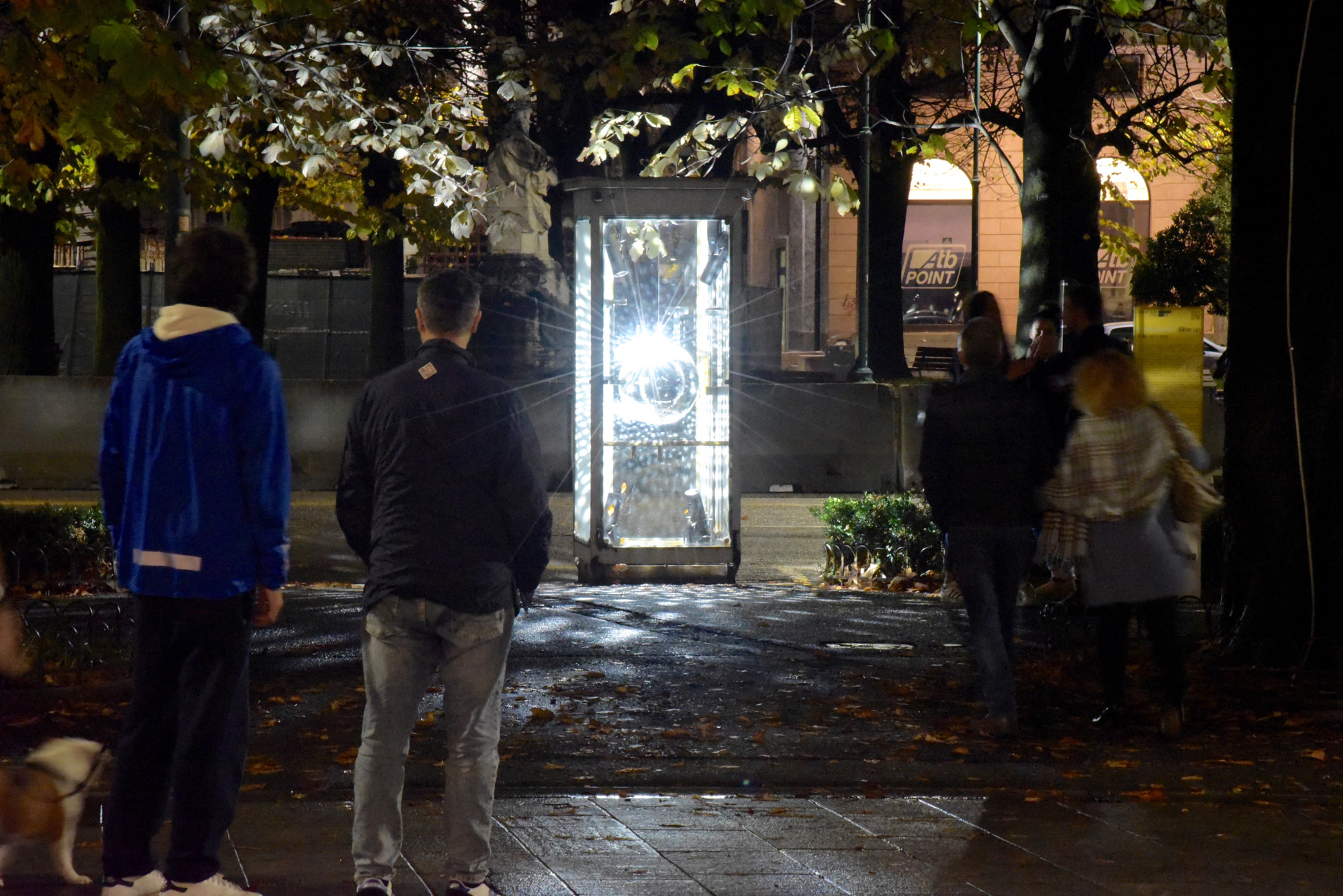 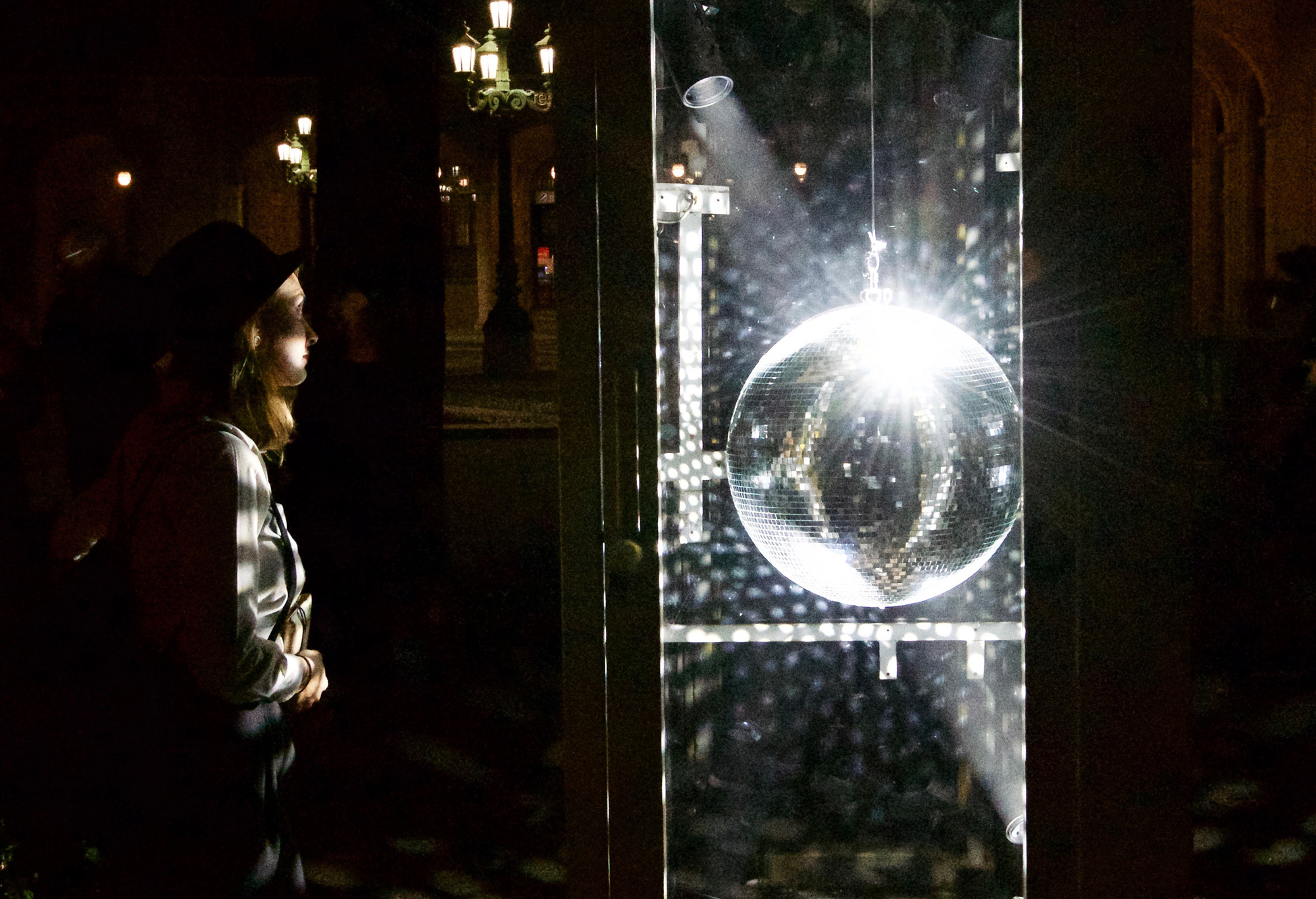 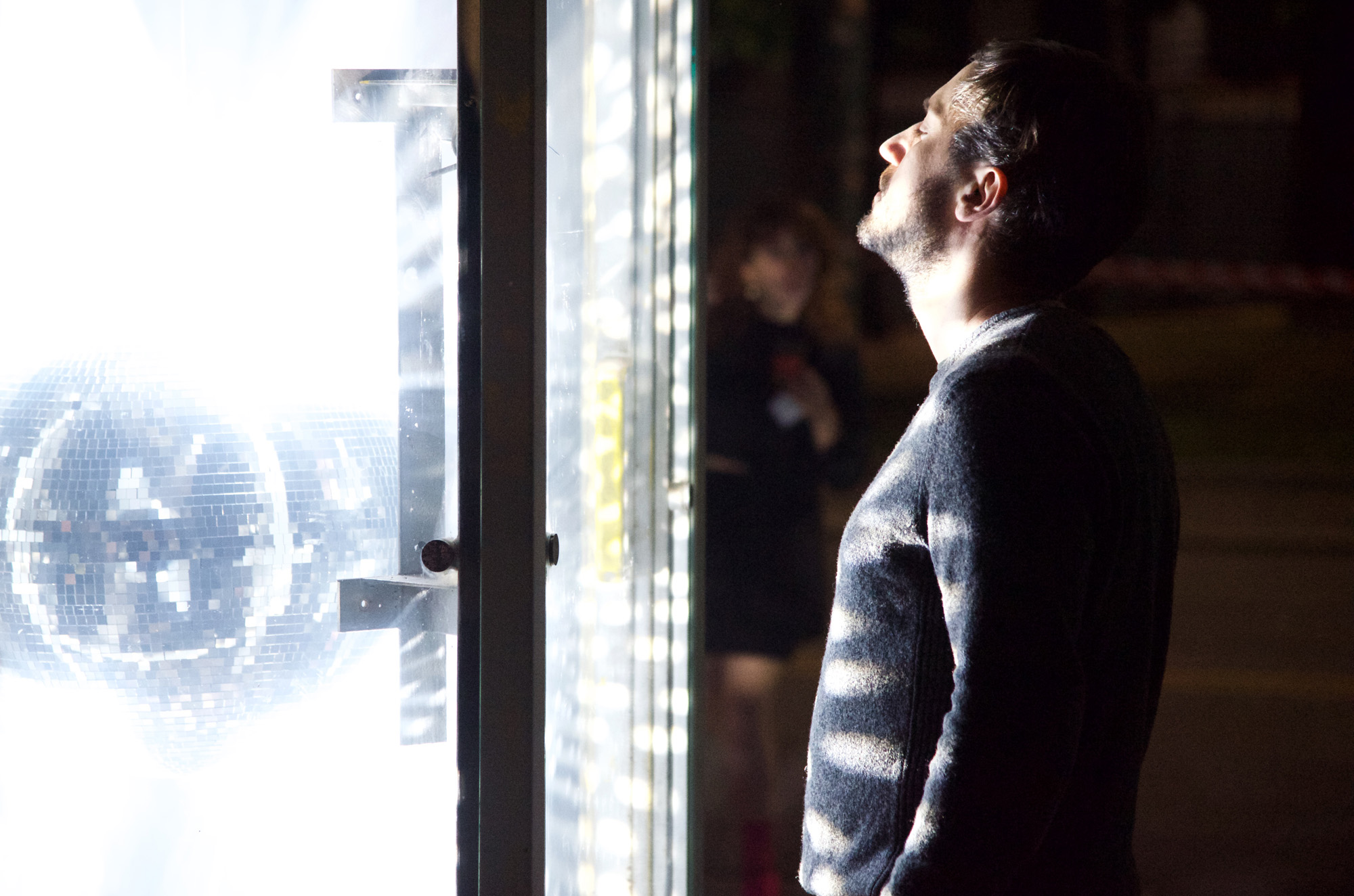 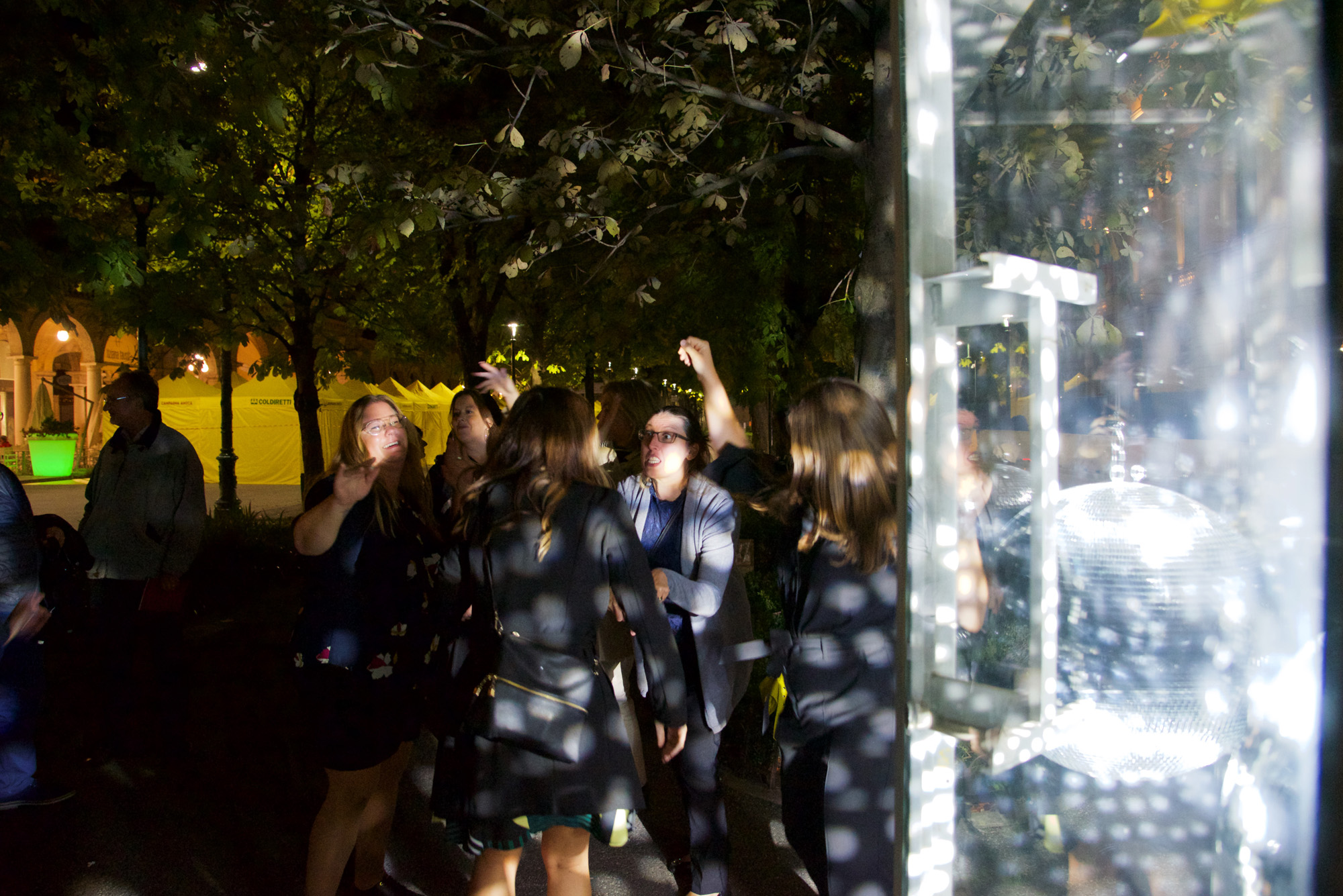 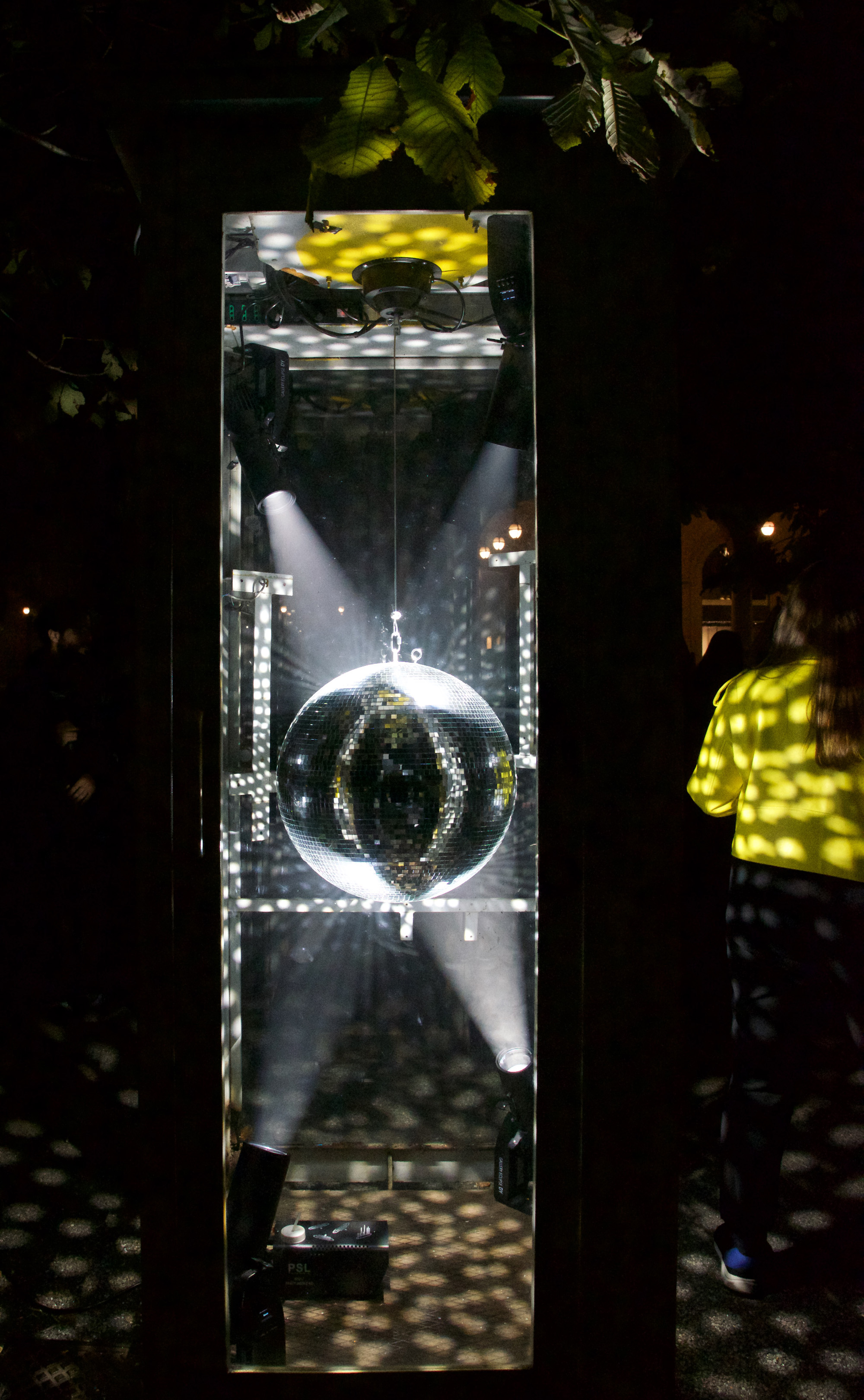 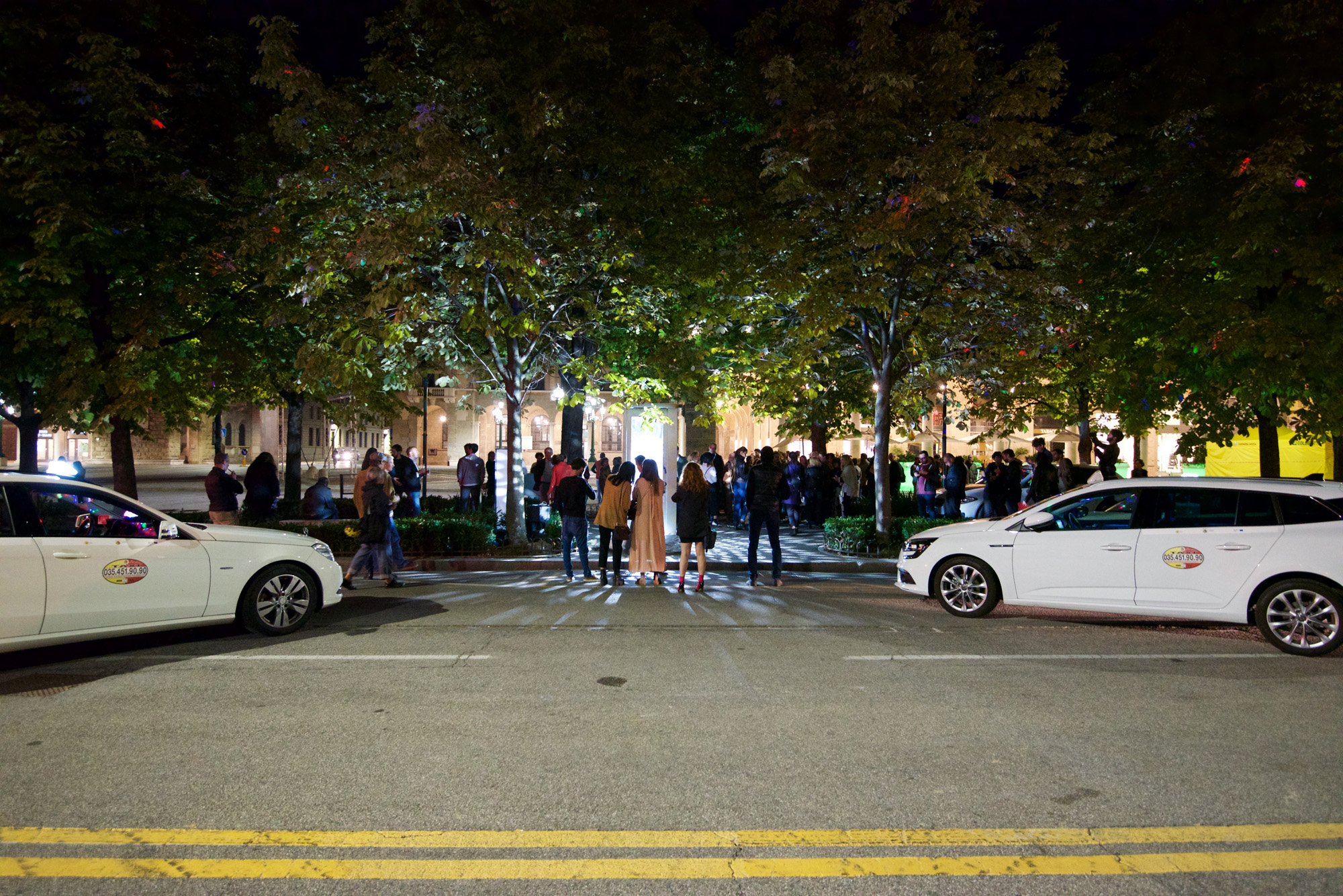 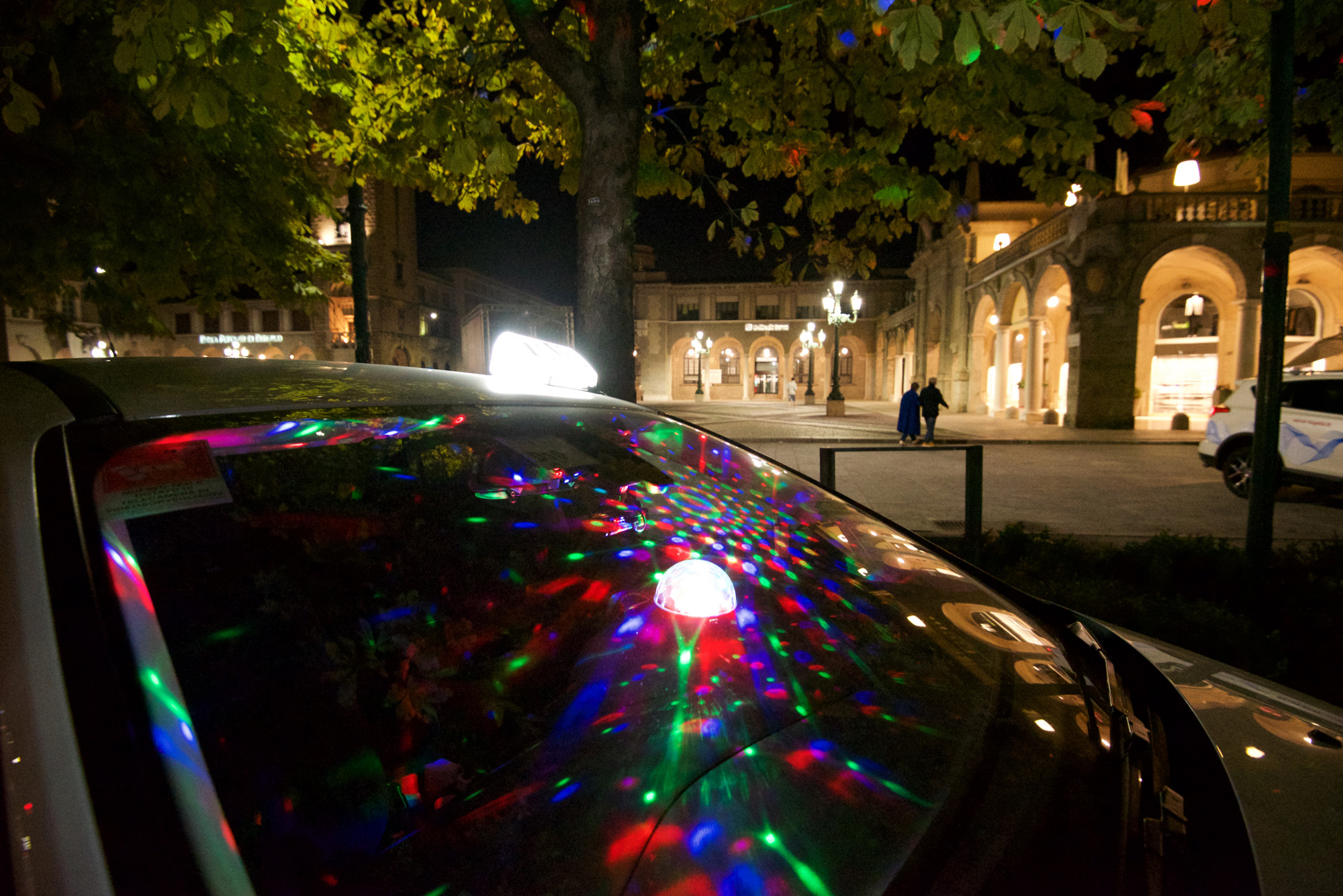 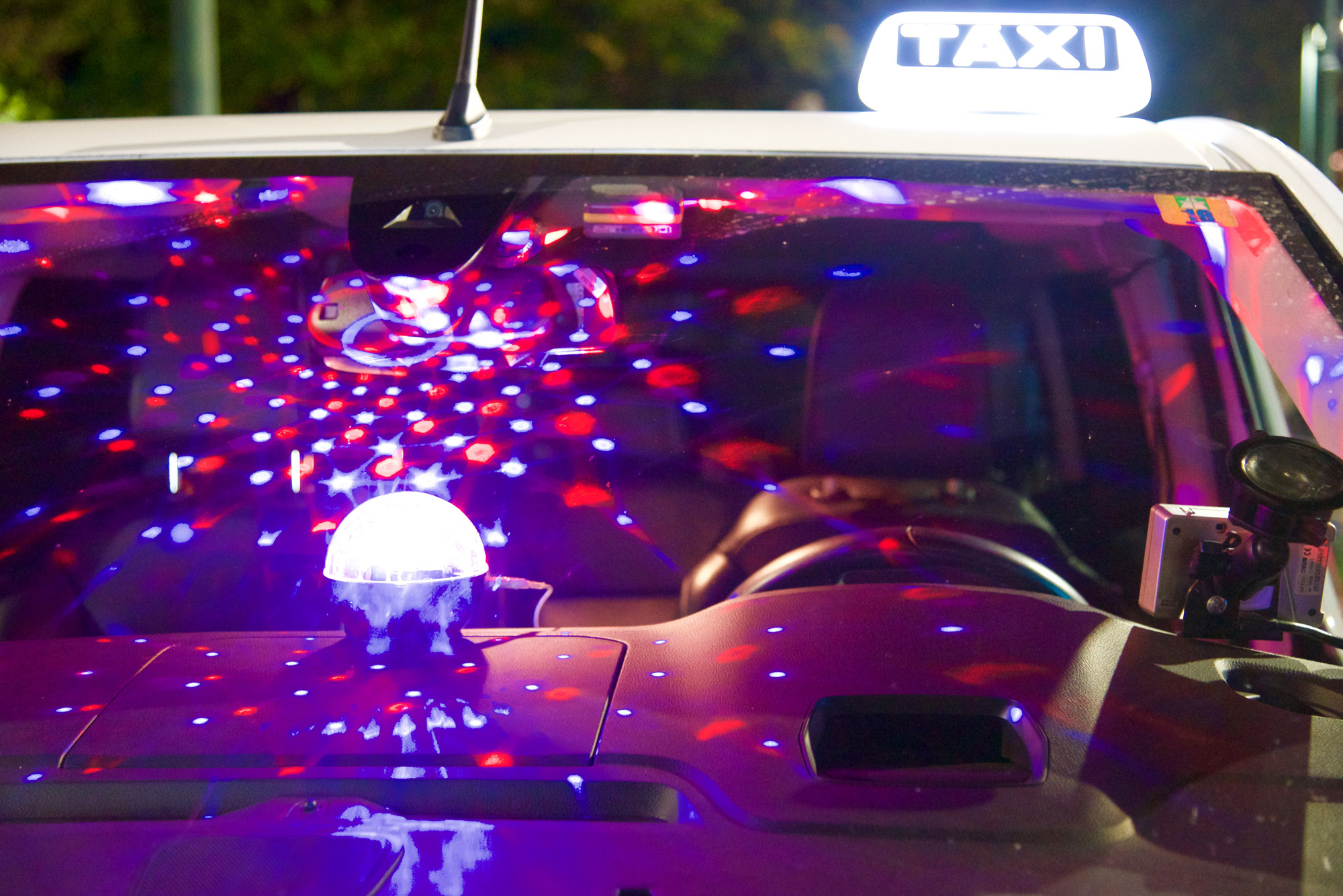 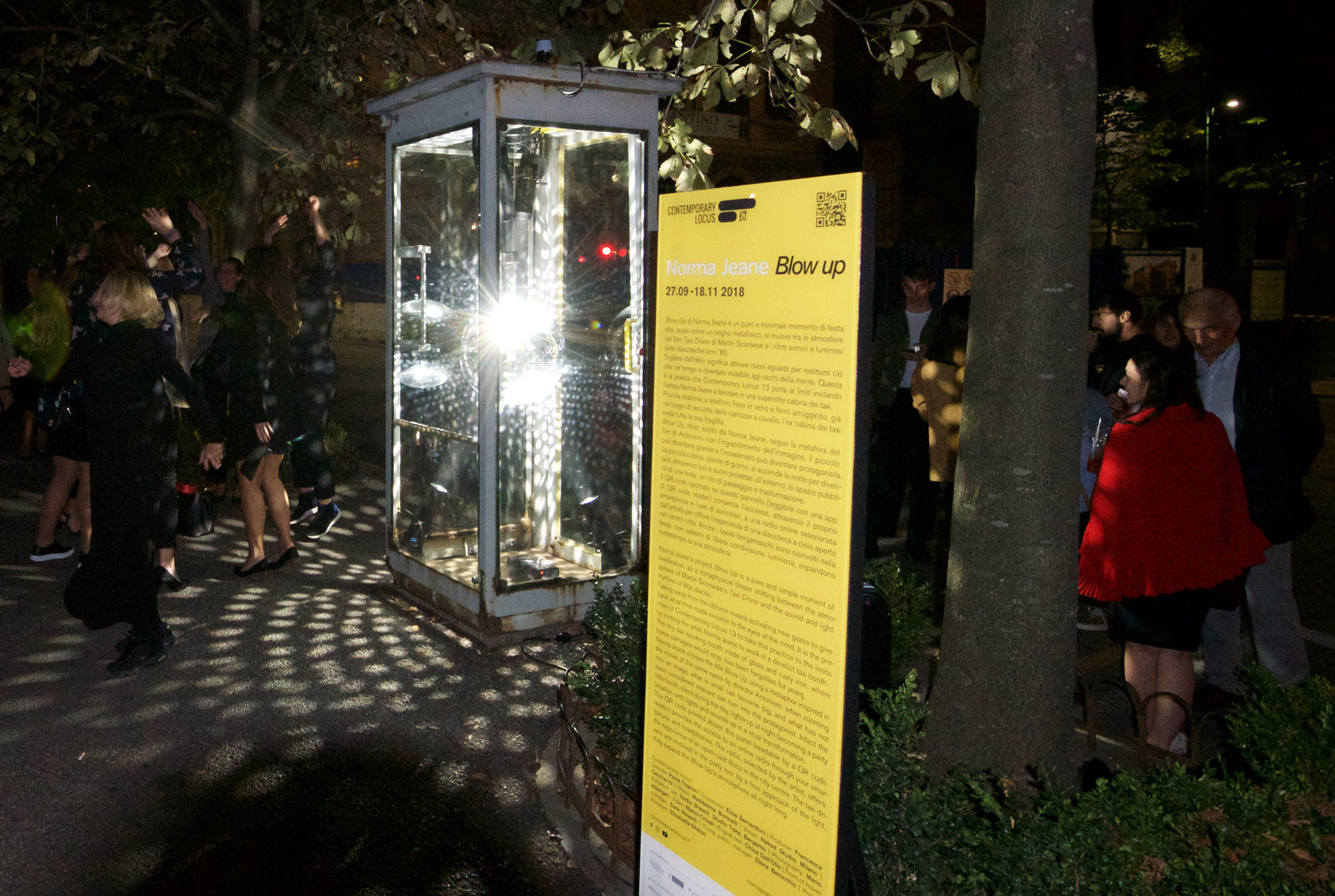 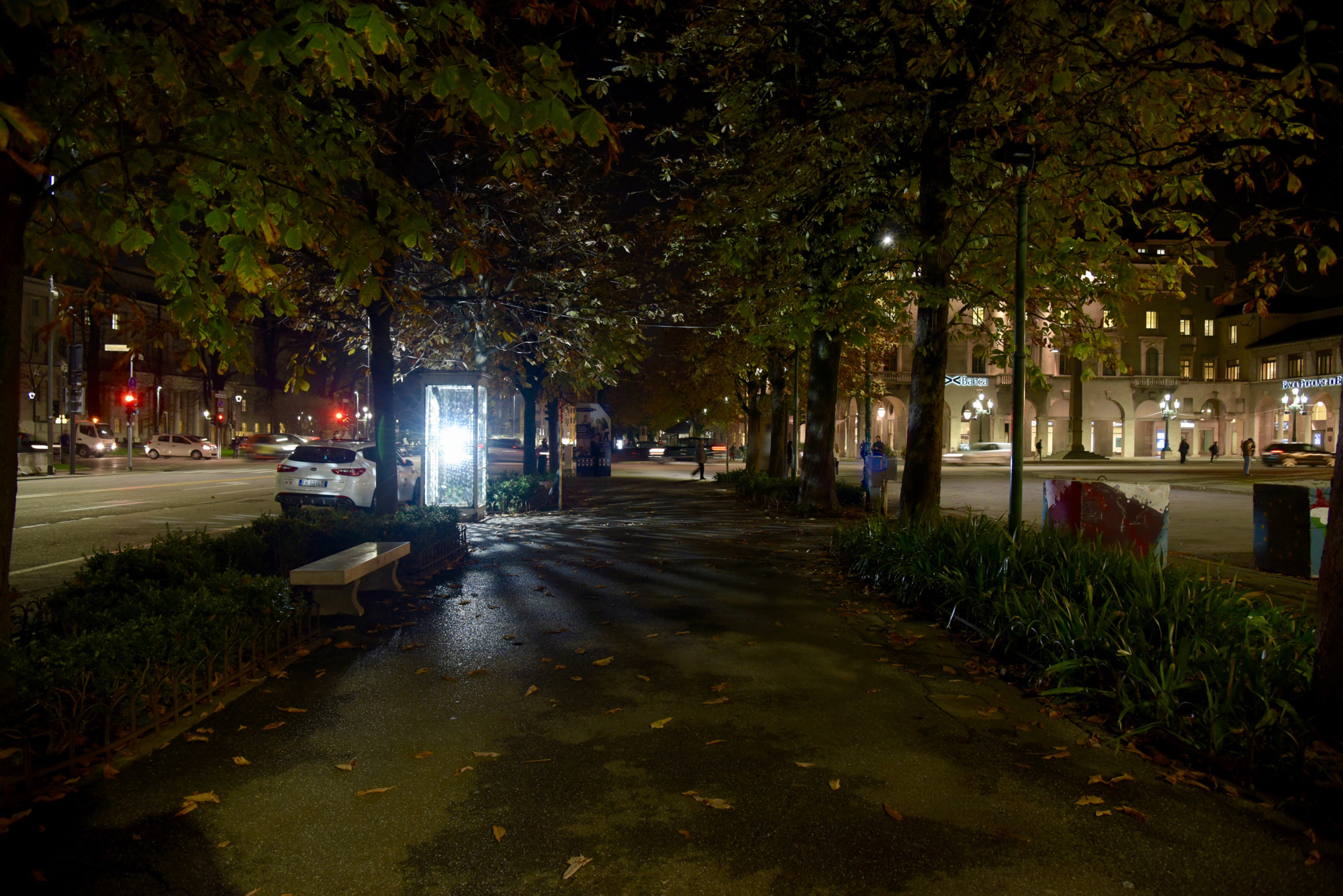 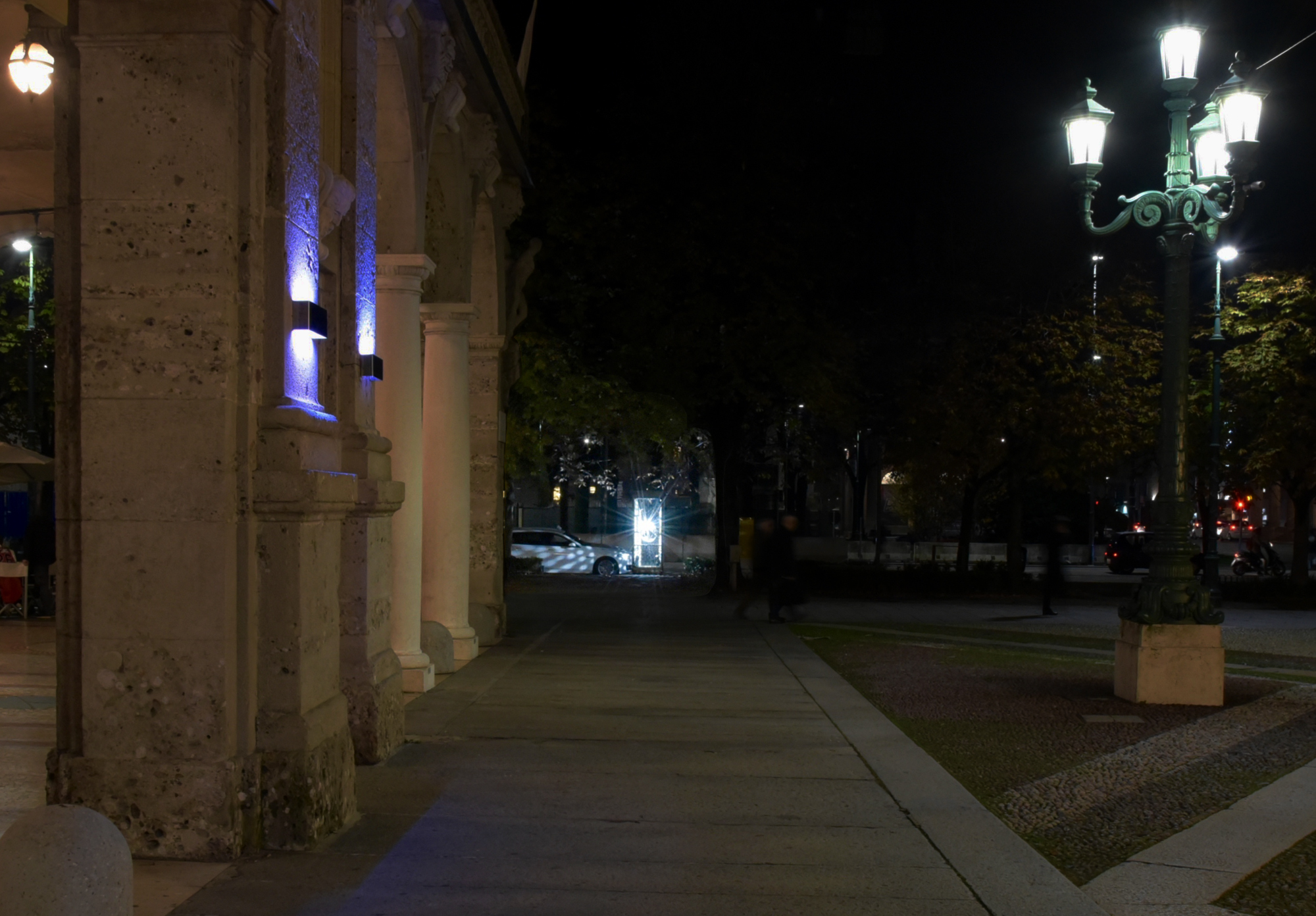 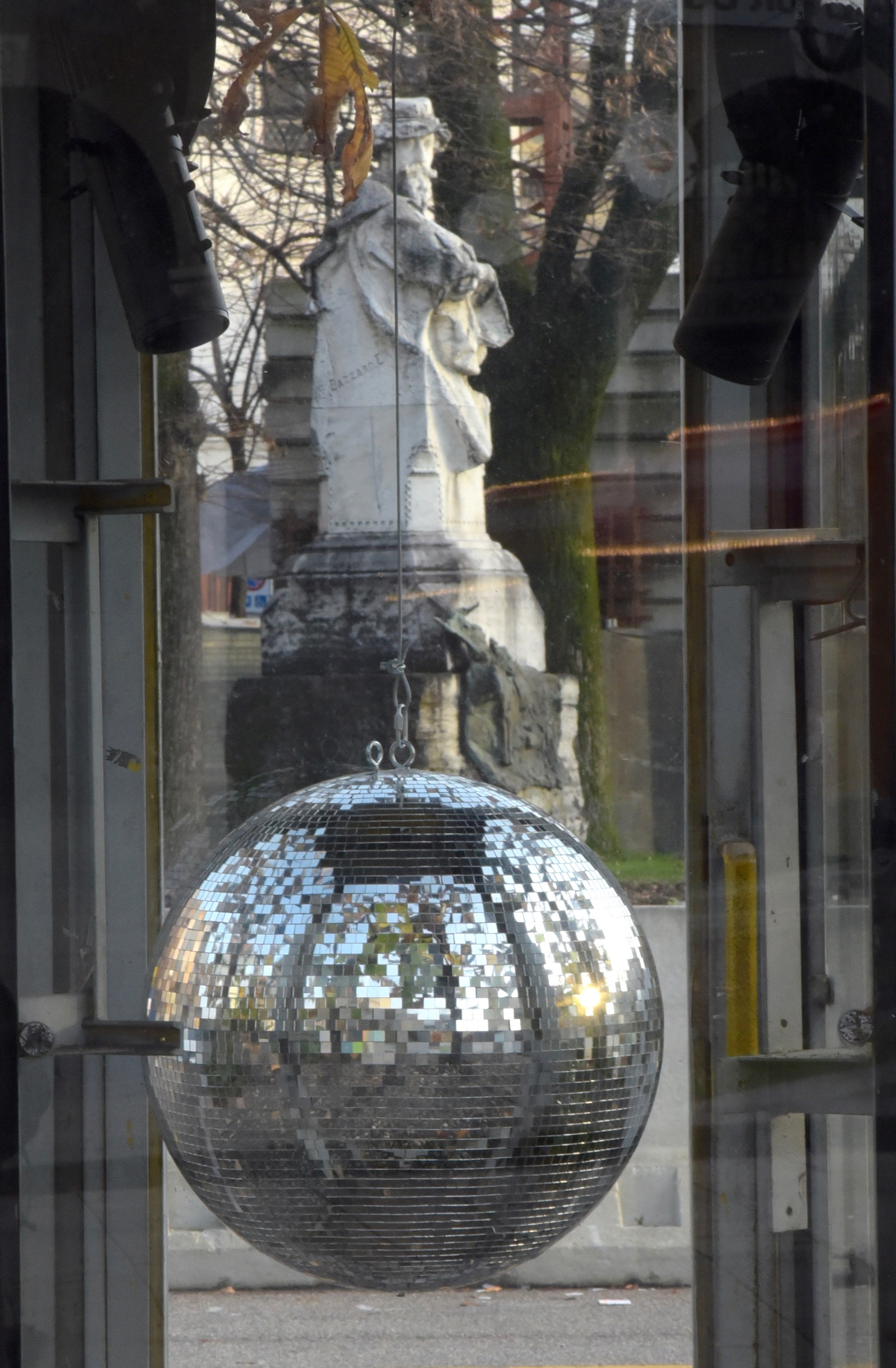