“Club Watch 2008
This year’s Club Watch celebrates the
legendary plastic watches that first saw the
light of day in 1983. The vision and simplicity
of these first Swatch “Gents” remained a
key feature as they evolved in the years to
come, reaching a high point with the
legendary Once again first launched in 2000.
Twenty-five years after the original plastic
Swatch, we celebrate its history (and the
iconic Once again) with a new work that’s
every bit as fascinating as the original.
Once again, again (The Club Watch 2008)
takes up the world-famous link between Swatch
and Art: designed especially for members of
Swatch The Club by the enigmatic artist known
as Norma Jeane. She looks at how people use
fashion accessories to definea personal identity.
She presents objects as “proxies” (representatives)
of the human body – and vice versa.
In other words, either your Swatch watch is a proxy
of your body or you’re a proxy for Swatch…
Many of Norma Jeane’s works are tributes to artists
and intellectuals – and with Once again, again,
it’s time to pay tribute to Swatch!”
(from the official Swatch press release)

In 2007 I was asked by Swatch to submit a project for a new iconic watch to celebrate the 25 years anniversary of the company. I decided than to work on the original concept of the Swatch watches. The product line was developed as a response to the “quartz crisis” of the 1970s and 1980s, in which Asian-made digital watches were competing against traditional European-made mechanical watches. The name Swatch is in fact a contraction of second watch, as the watches were intended as casual, disposable accessories.
The following year the Once again, again watch was launched worldwide as the evolution of the very first model (First Gent Classique GB001, 1983) and its celebrating model of 2000 (Once again). 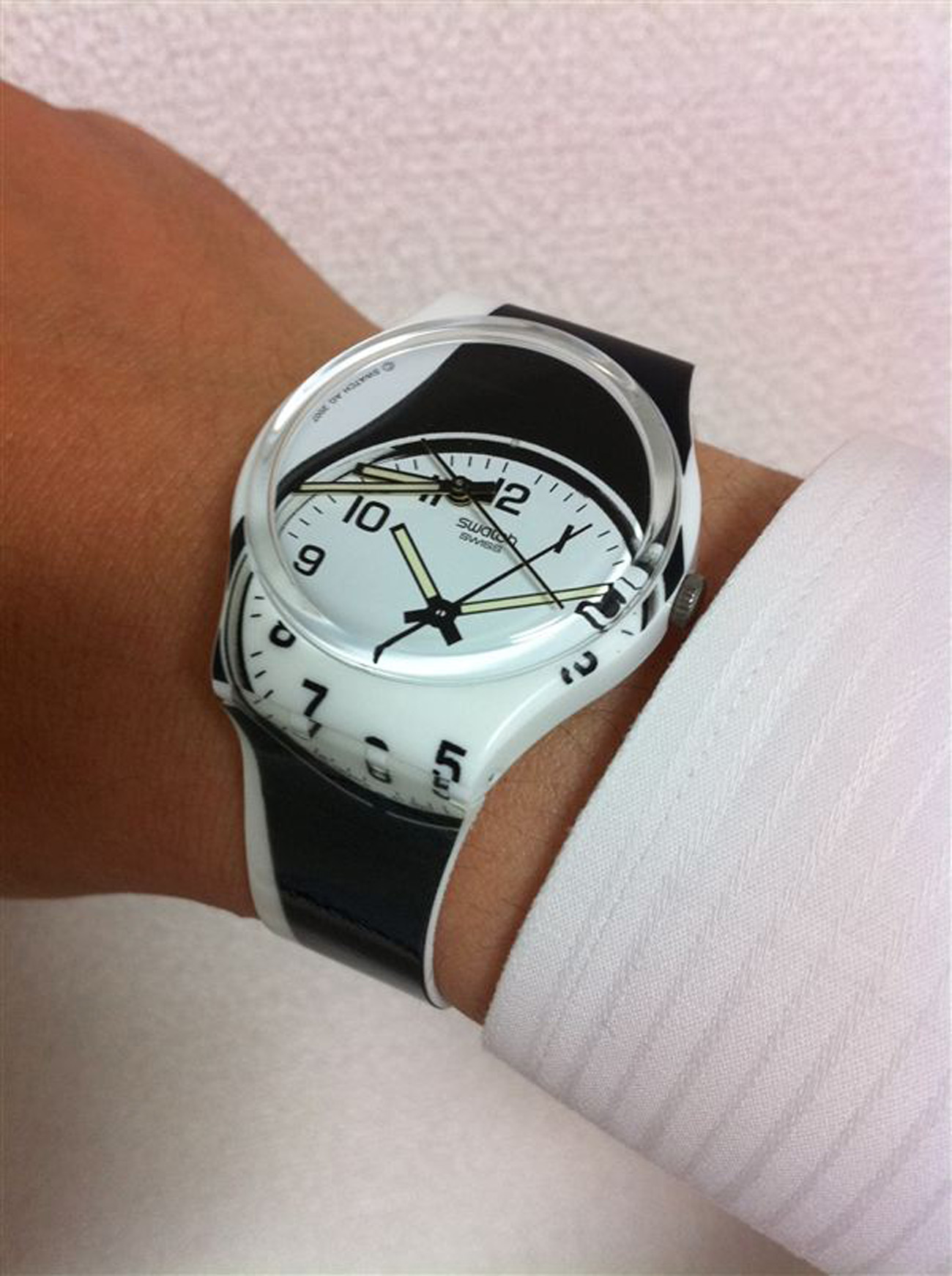 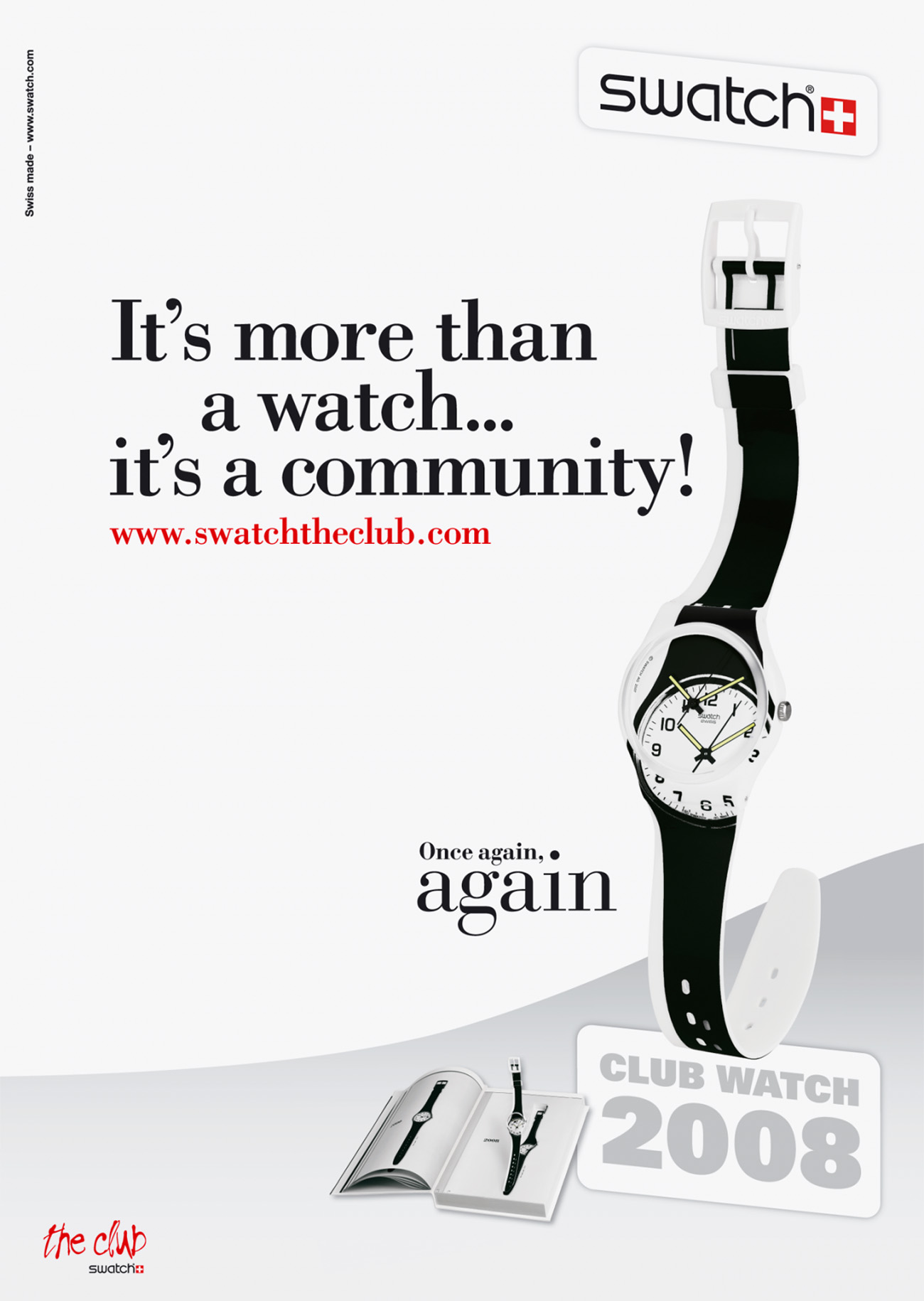 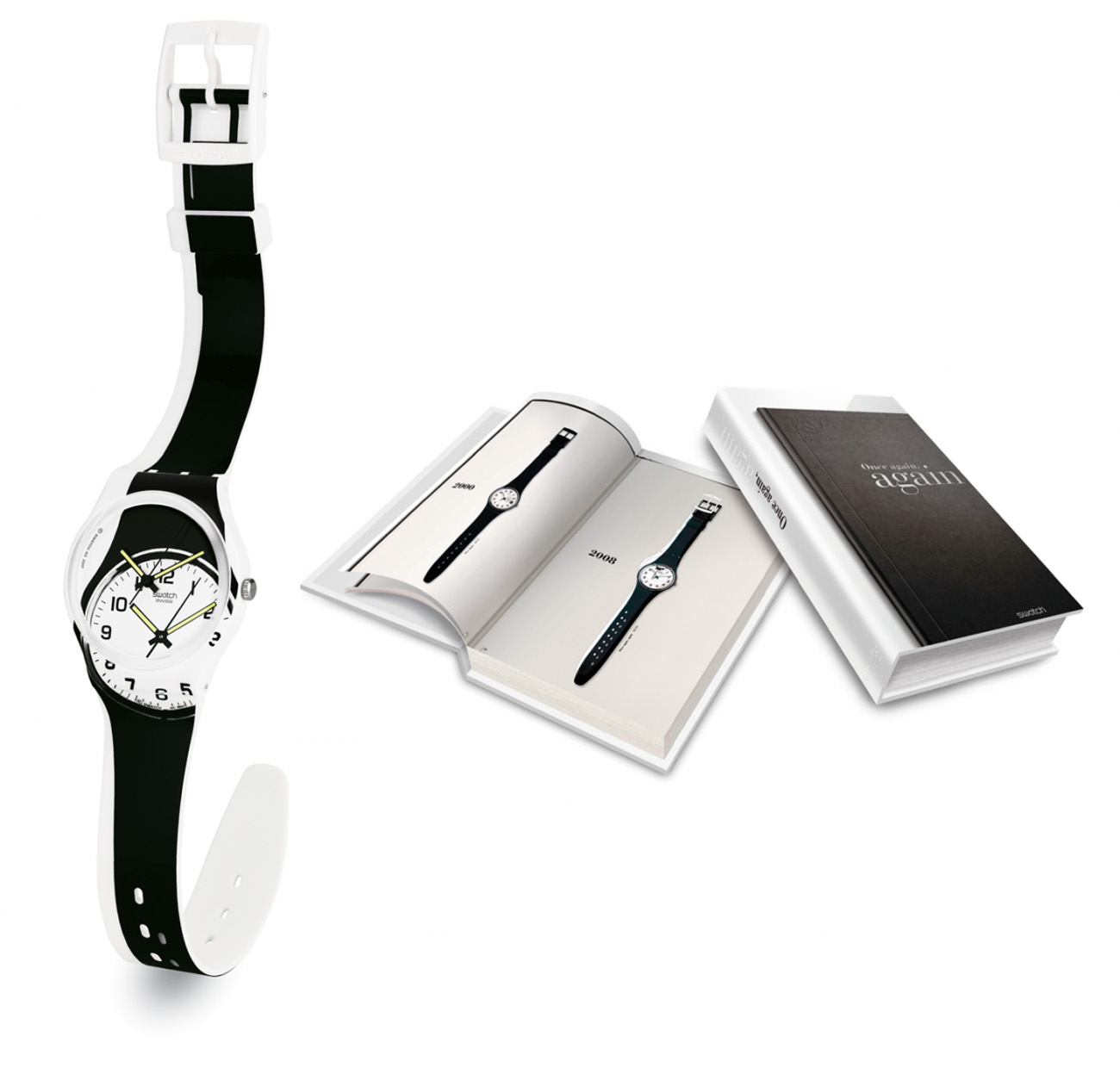 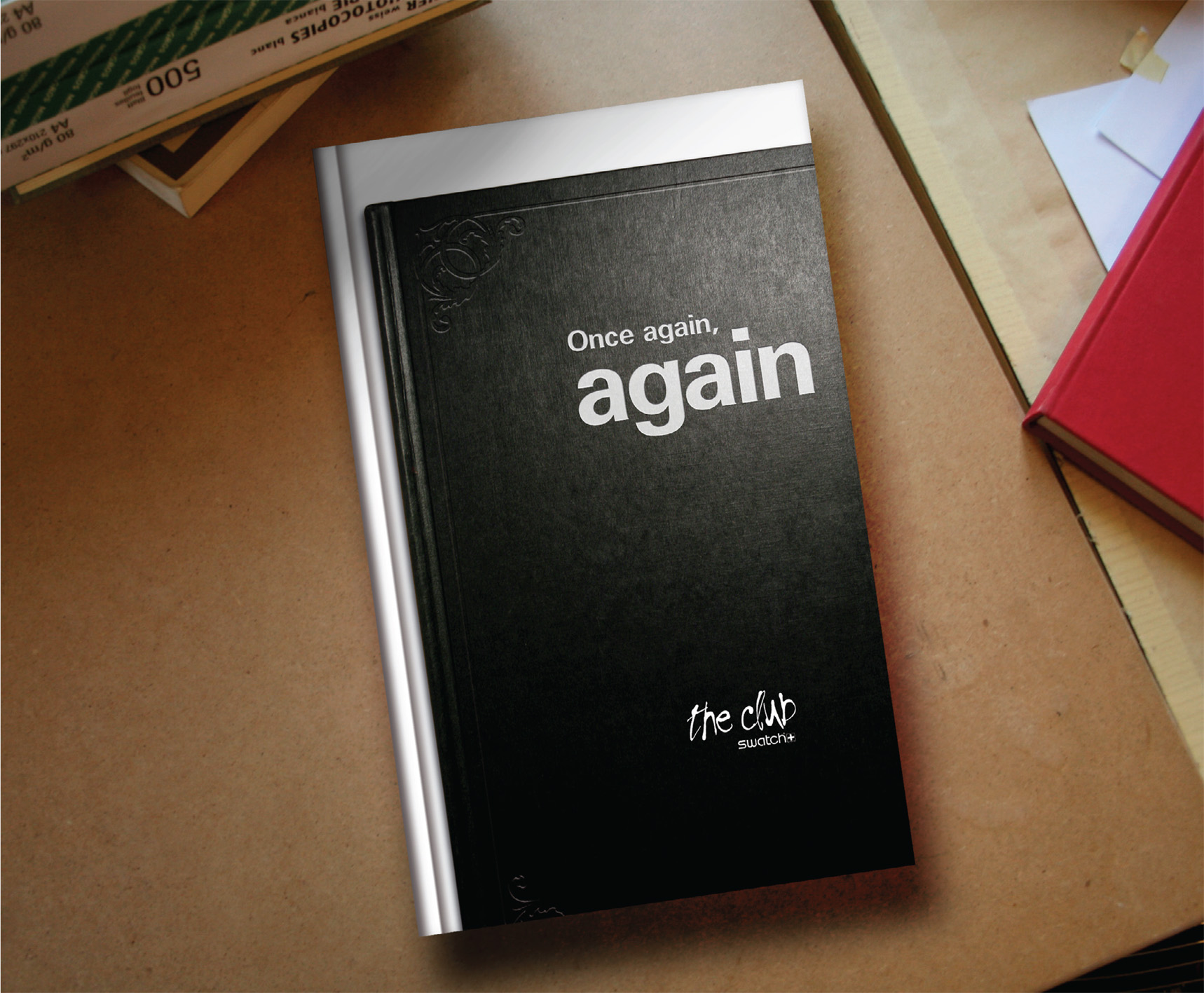 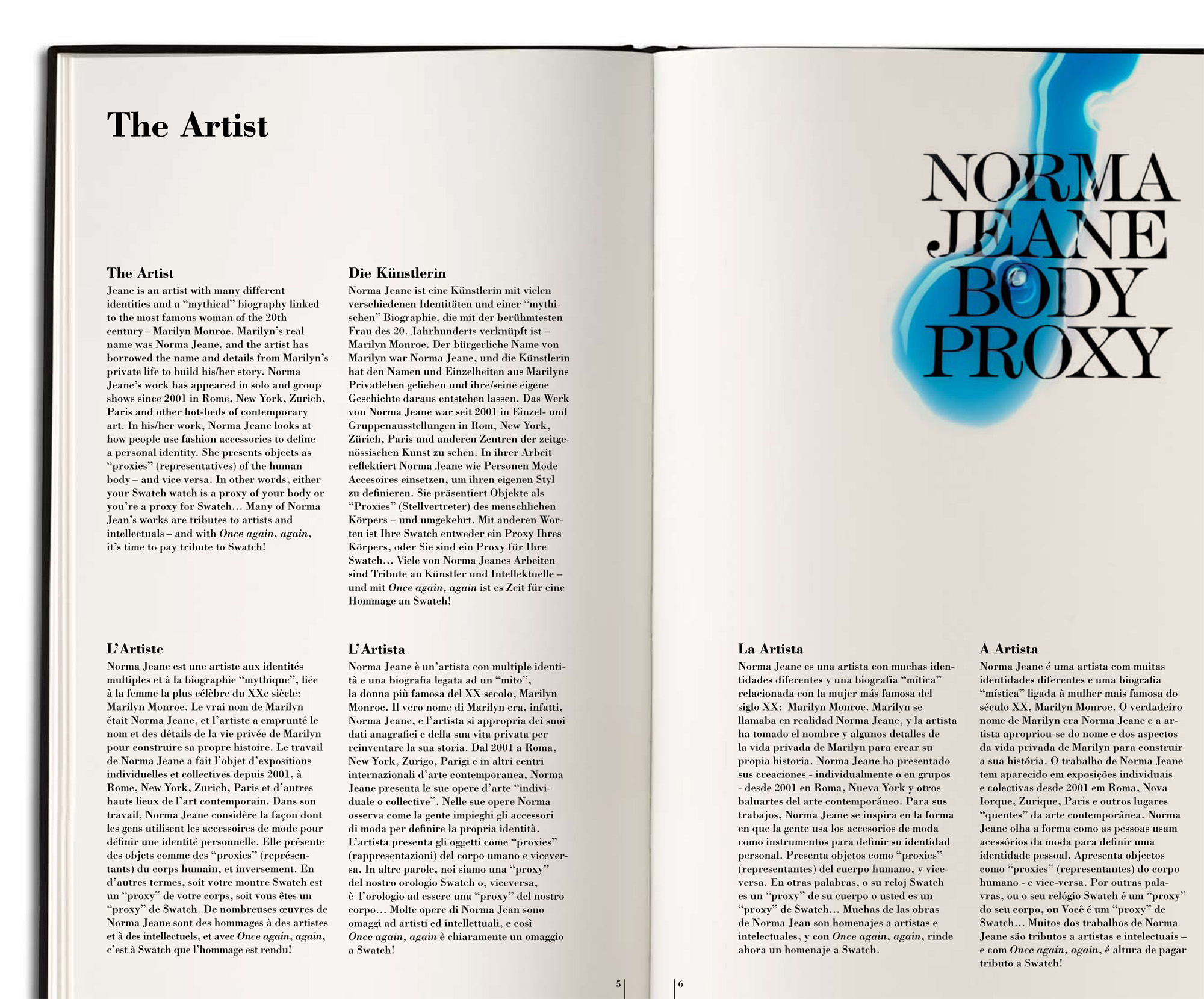 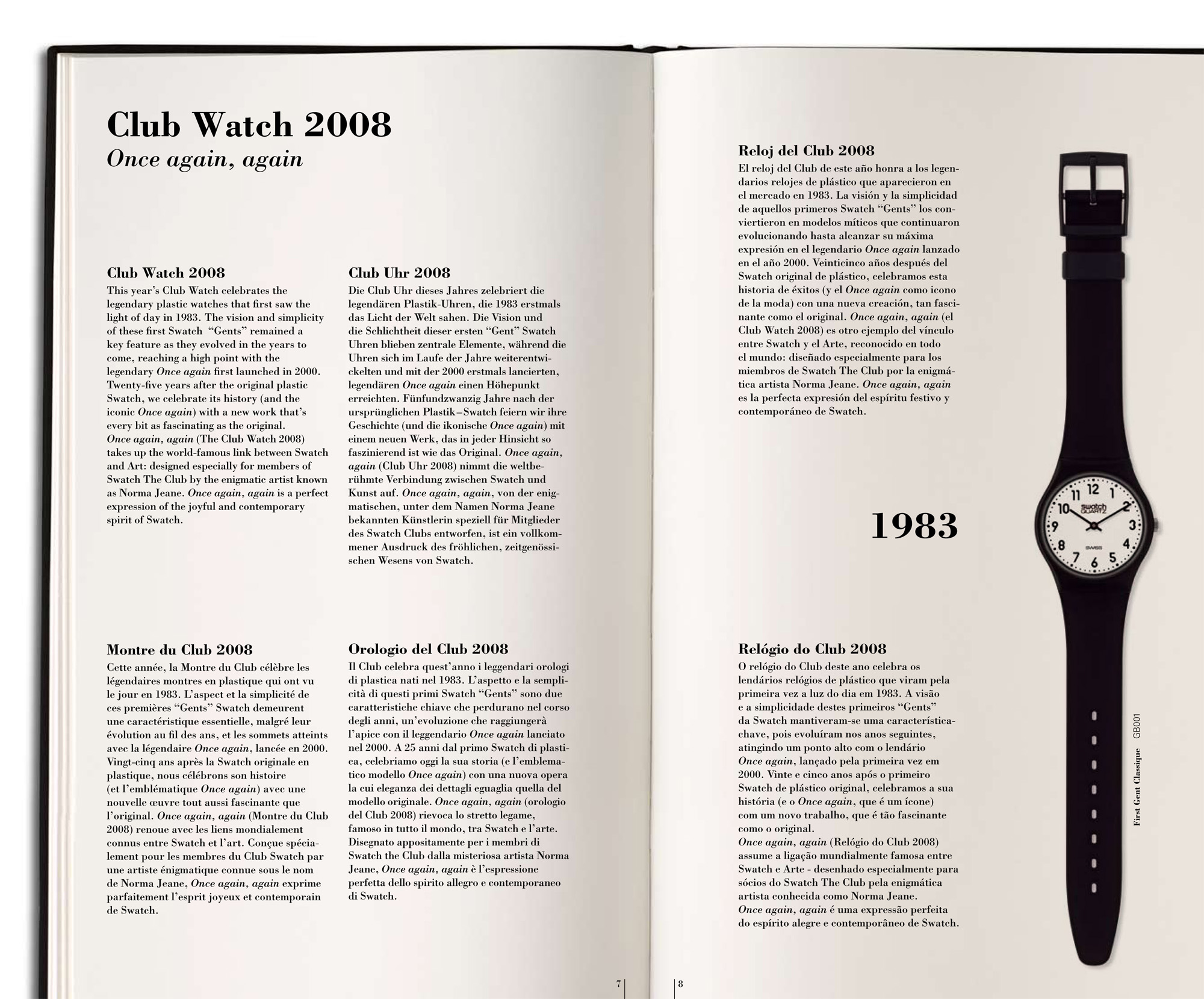