The Straight Story
The title refers to the bare necessity of smoking, shown through its simple ingredients: craving addiction and transient satisfaction.

The core of the piece is the (almost) obscene exposure of the smokers who have to publicly show themselves along with their impellent need of chemical satisfaction, in order to reach the privilege of a paradoxical appeasement. In fact, at the core of the Frieze Art Fair there were few transparent cabins, fitted with basic, minimal furniture, where the smokers could relieve themselves while becoming a sort of living sculpture exposed to the glances and the curiosity of the viewers.

Such an uncomfortable situation also represent a metaphor of the human condition, tight between desires, needs, instinct of self-preservation, and the unavoidable relationship with other individuals (which generates culture along with social strategies and structures). The choice of having more than one cabin underlines the specific condition of living in an industrial, mass-produced society, in which individuality and self-consciousness often collide with the standardization of everyday life.

Far from being a convenient facility, The Straight Story is both a wicked and compassionate experience that aims to push a step further the collective awareness about the frailty of our condition of domestic animals.

The Straight Story pays homage to David Lynch’s homonymous movie, but it can also be read as a way to express in other words the concept of William S. Burroughs’ Naked Lunch.

Following the Westminster City Council requirements, the viewers had to sign a form (in which they declare of being performers on behalf of Norma Jeane) in order to access the booths, due to legal restrictions about smoking in public places. At first the permission was denied. Only after the public support to the project of Ralph Runoff, Director of Hayward Gallery, Ann Gallagher, Head of Collections of Tate Britain and Julia Peyton-Jones, Director of Serpentine Gallery, permission was eventually granted. 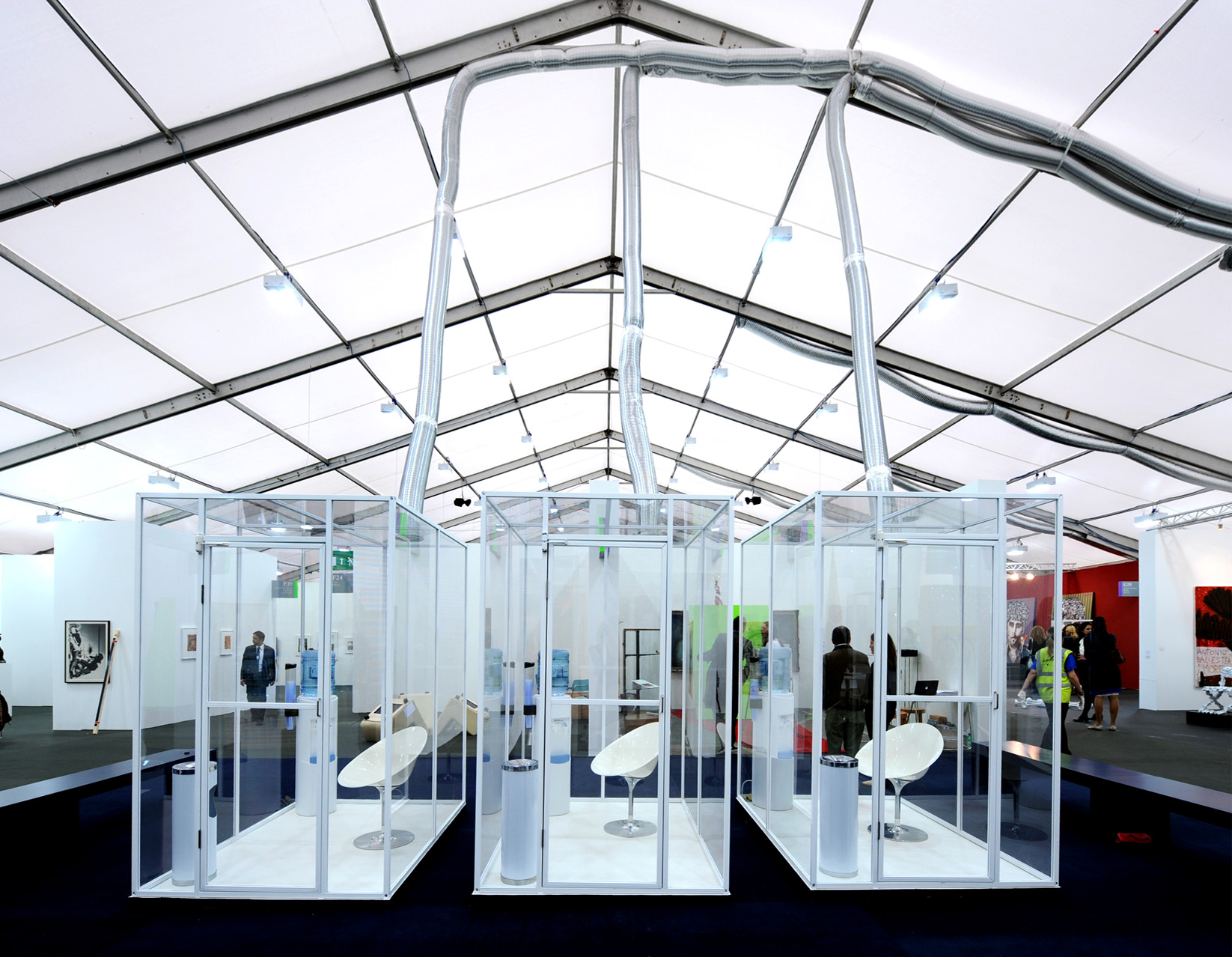 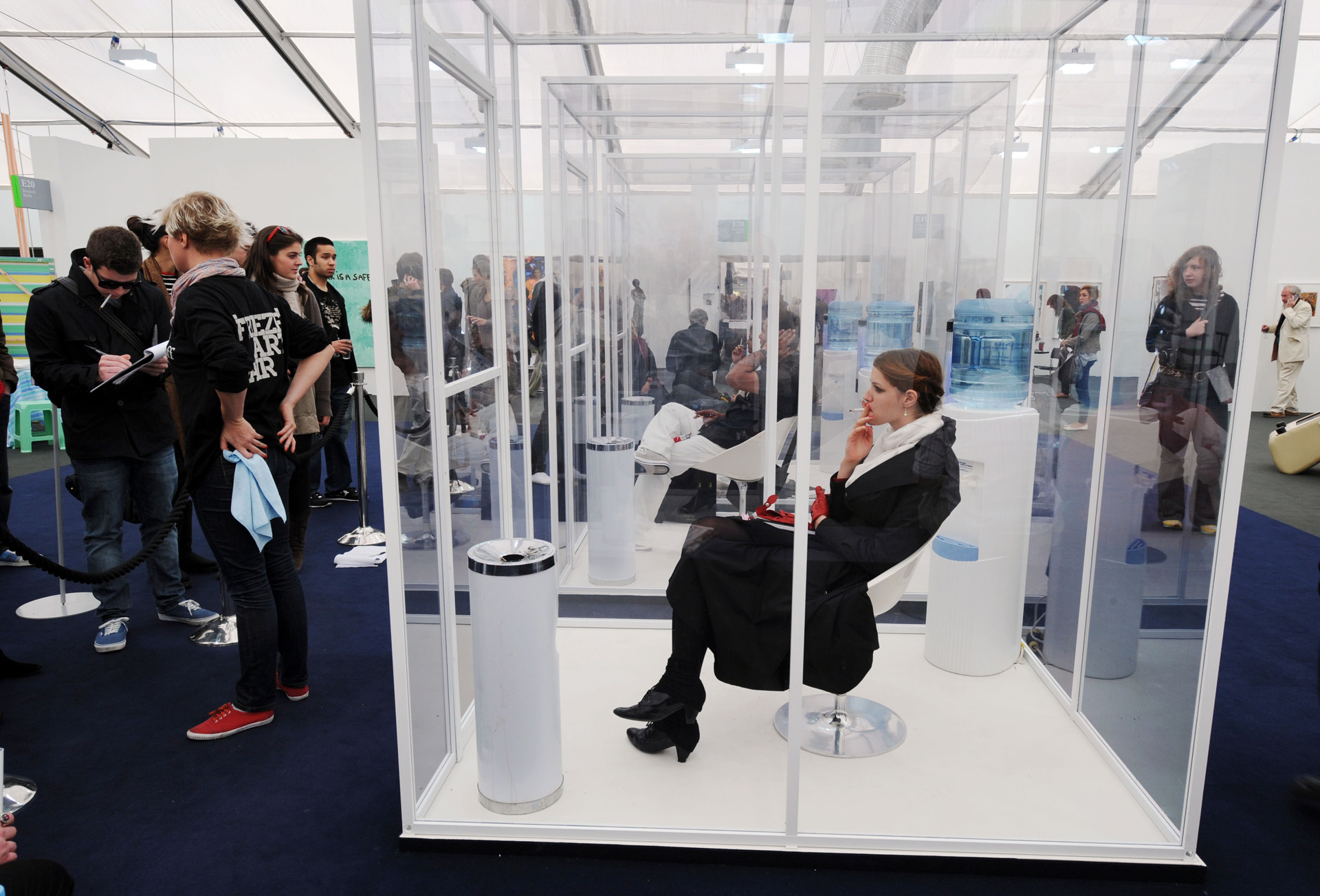 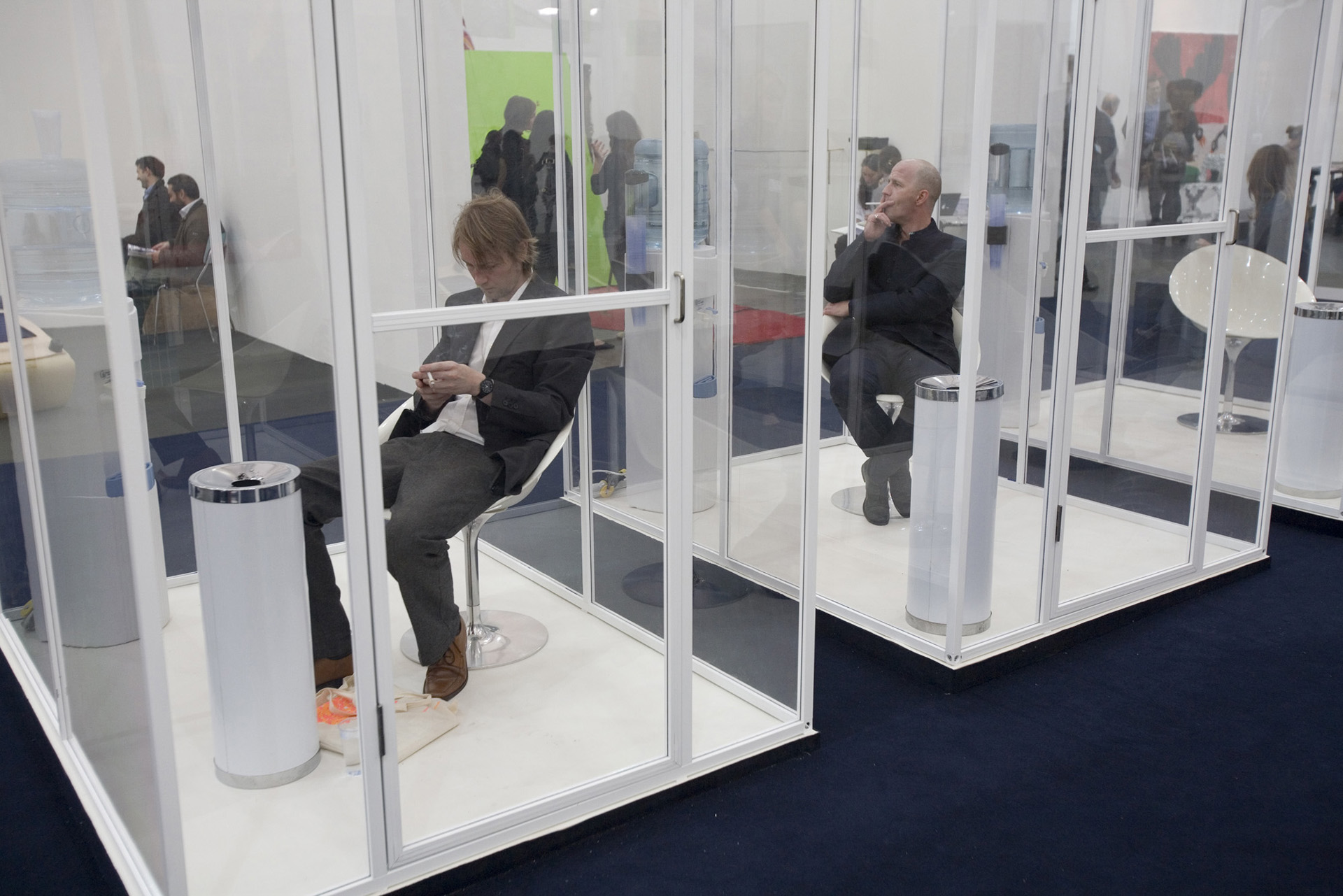 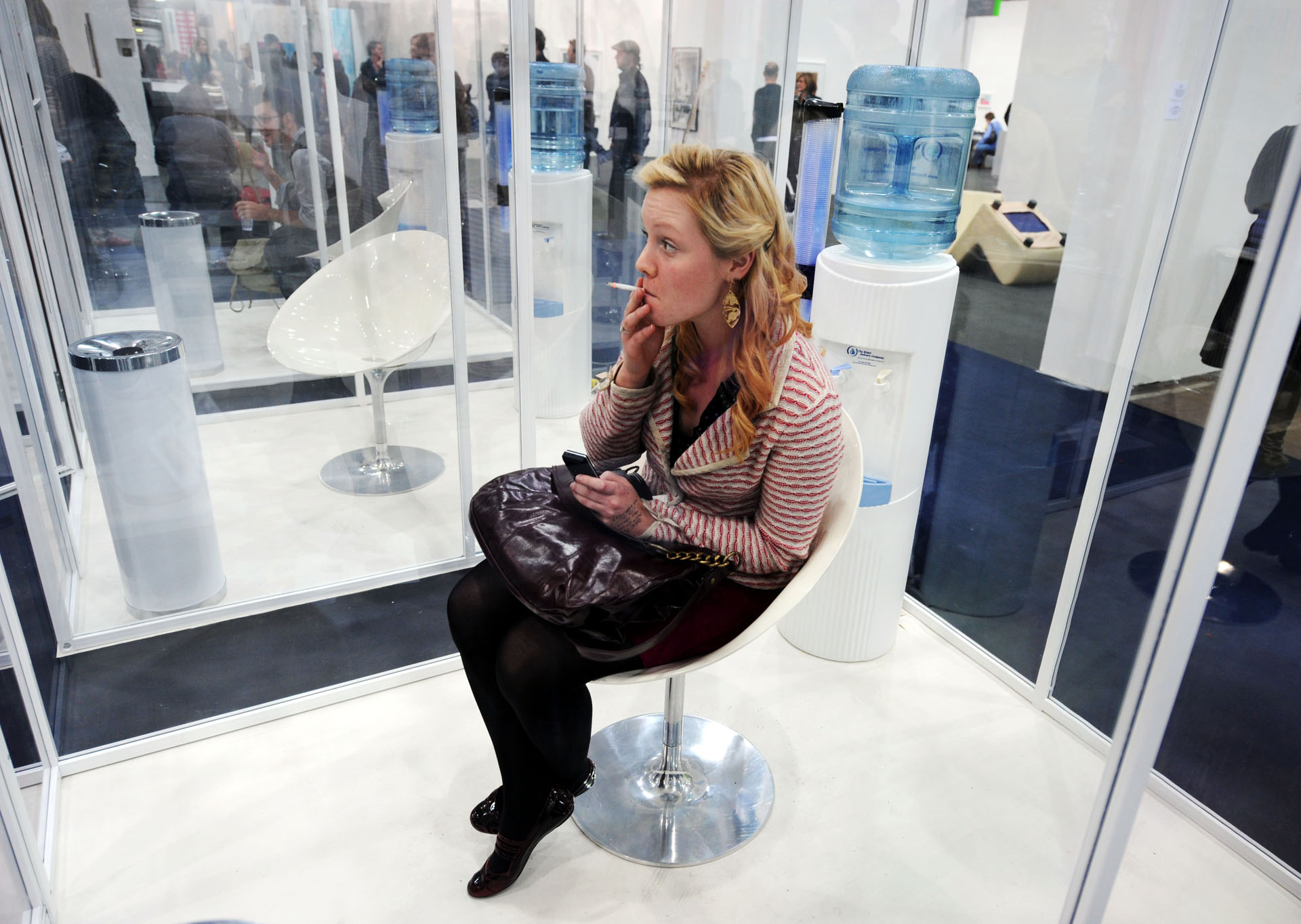 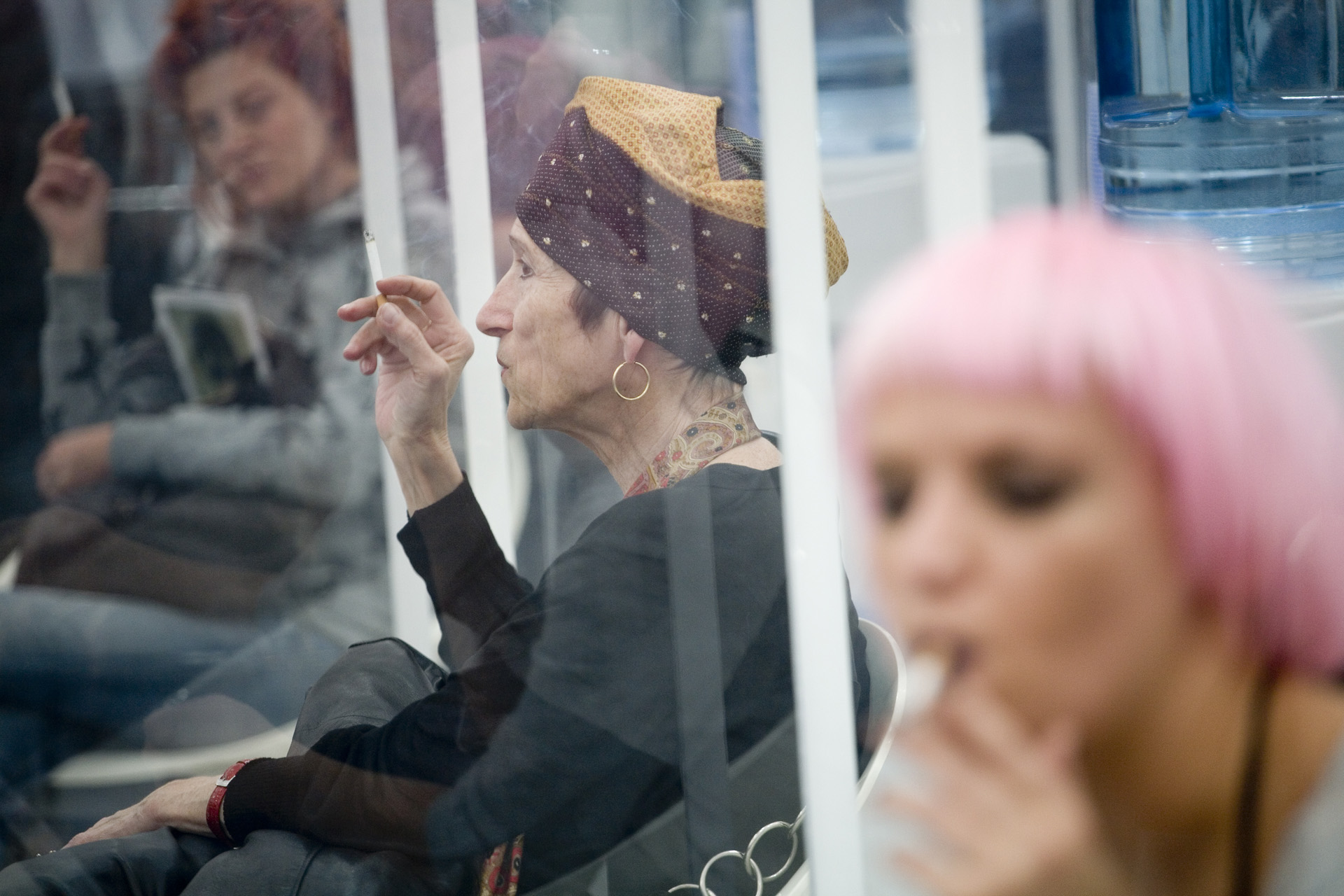