Potlatch 11.1/The Dead End Strategy
Following the request of the curators (Stephanie Moisdon and Hans Ulrich Obrist) of focusing on a topic which was central to me in order to describe the current decade, I elaborated a set up that could be a real experiment in the field of
“growth” (literally and metaphorically intended). The basic idea was to fix a starting point in which most of the issues involved in the relationship natural/artificial would have been displaced, and to abandon then the whole package to its own unpredictable, although helpless, destiny.
The set up evolved in many ways, with a huge growth of plants and insects.
In particular, after two months, the artwork was totally colonized by spiders which covered almost completely its surface with webs. A number of plants produced fruits and flowers during the period of the show.
The project was made possible by the generous contribution of Microbiologist Prof. Giusto Giovannetti.

Mud resulting from the depuration of urban blackwaters as substratum,
uncountable number of seeds of hundreds of different species of plants (flowers, cereals, vegetables, aromatics, legumes and all the wild plants of any kind it was possible to find out), lightning system for indoor growing, irrigation system, industrial wooden containers
500x500x250 cm
Photos by Gino Marrone
IX Lyon Biennial of Contemporary Art – A Decade That Has Not Yet Been Named, Lyon, 2007/2008 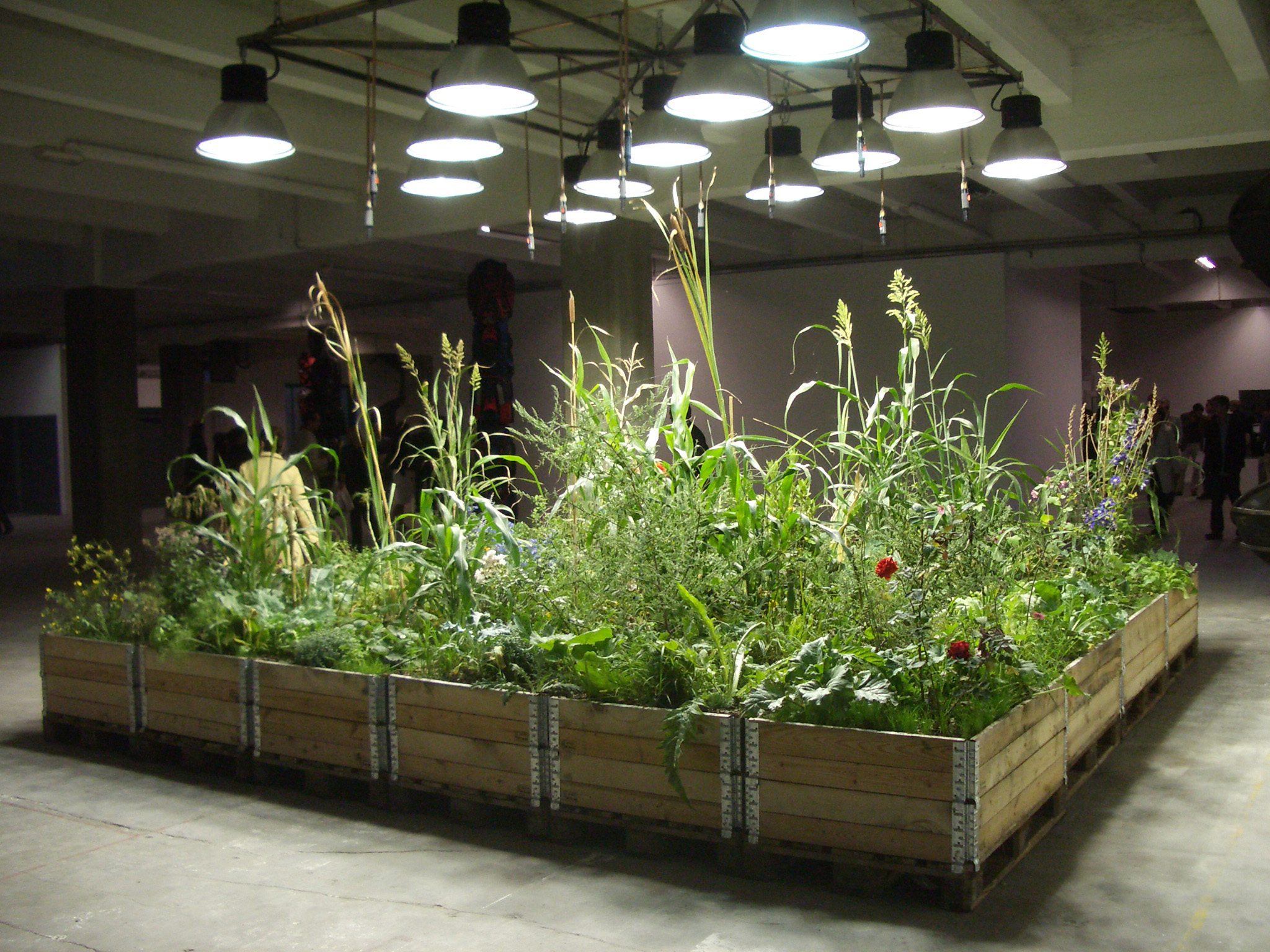 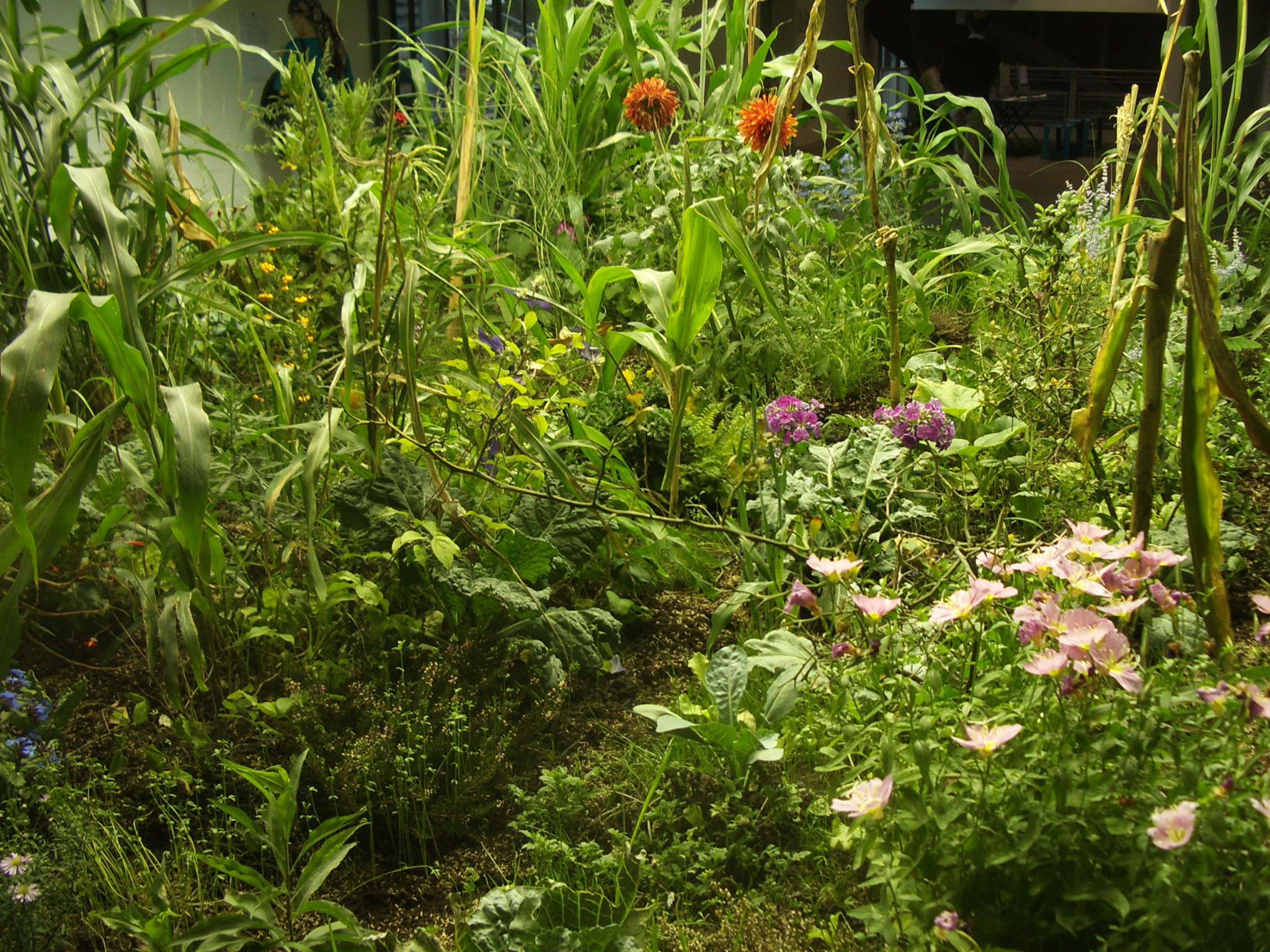 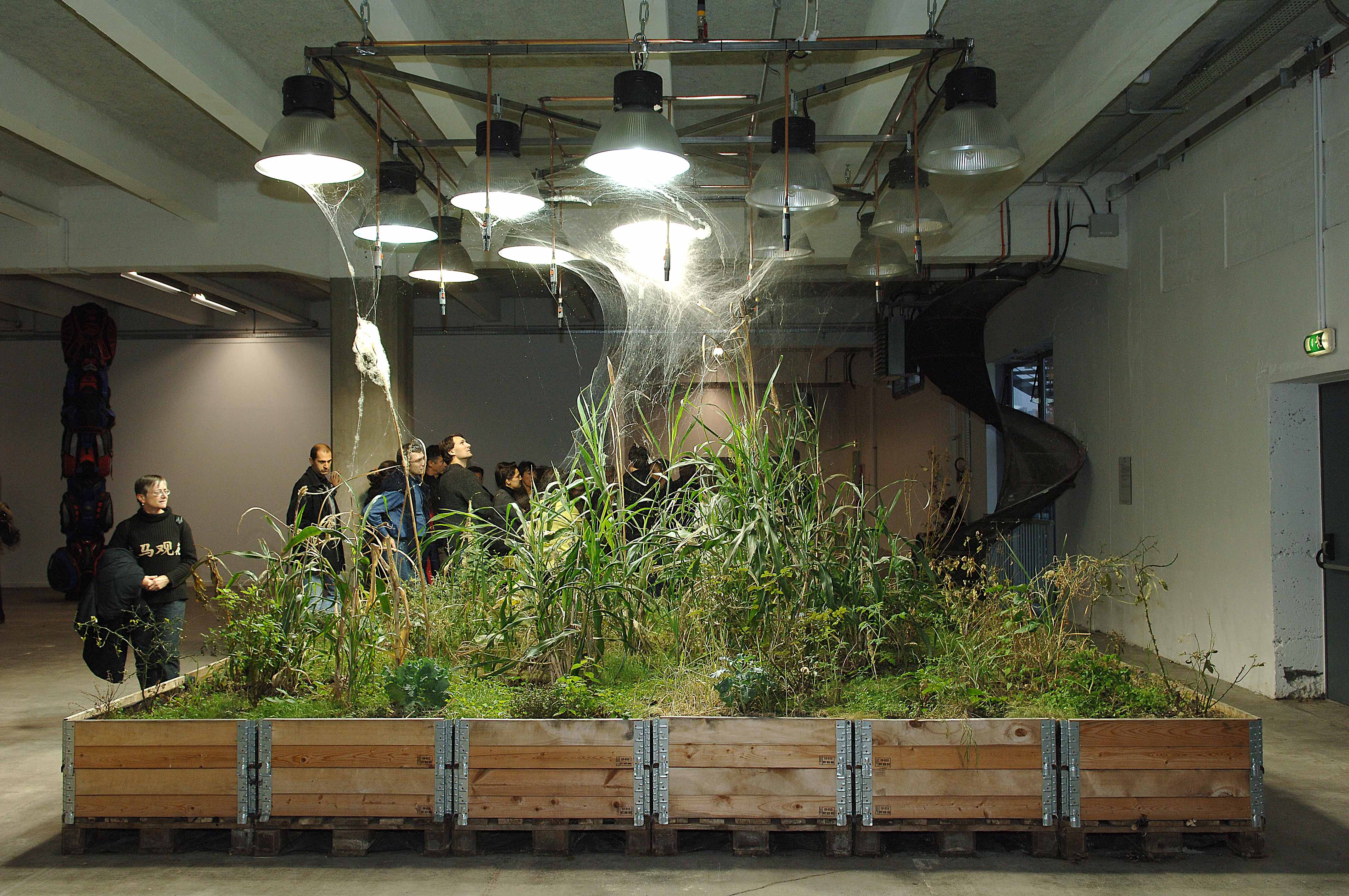 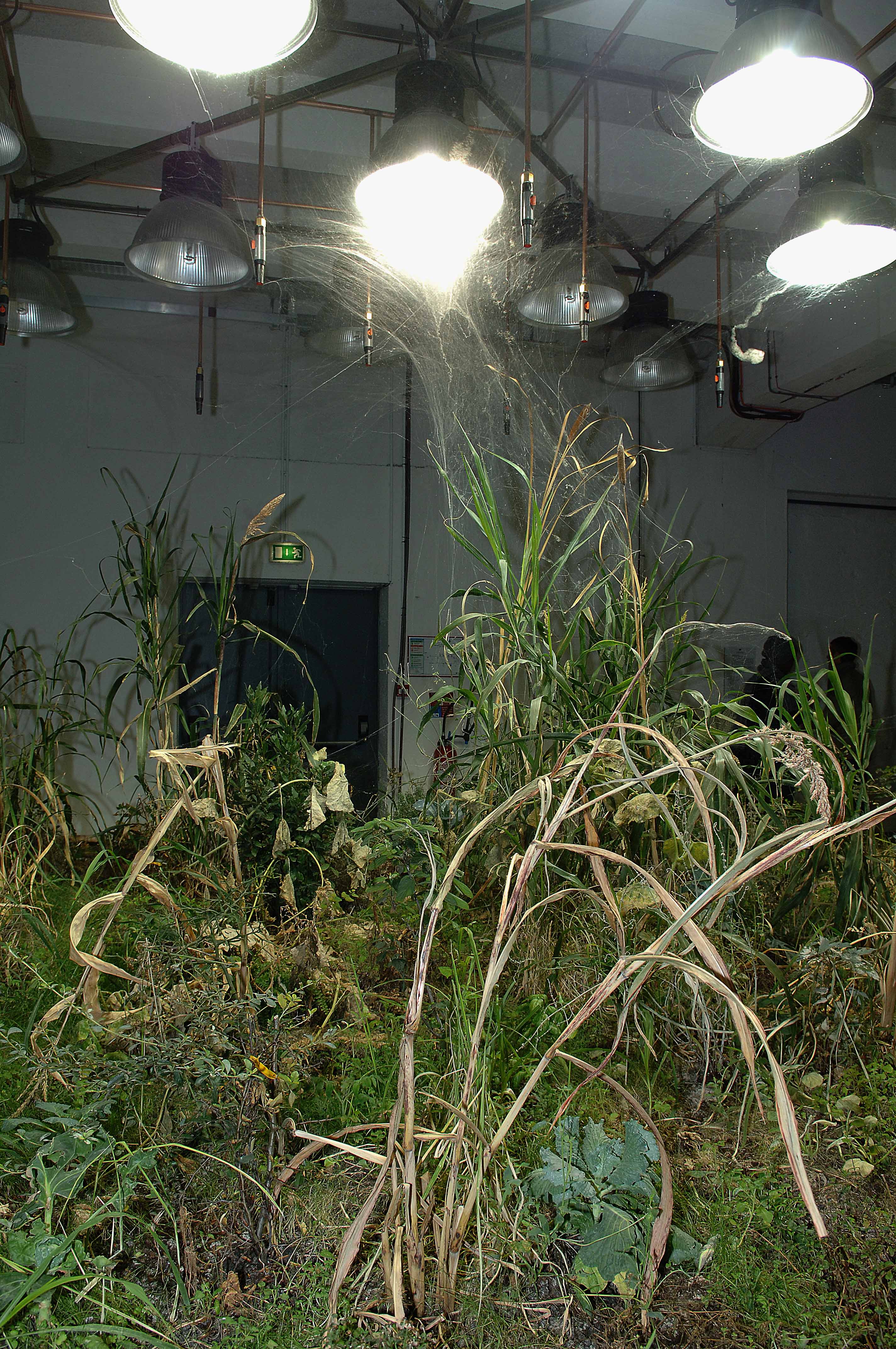